While Jesse and I have our own photo “bucket list,” we always love when couples have a crazy idea of their own for an Alt Session. Heather and John not only had their own idea, they had already been in touch with the Palm Spring Air Museum about doing a potential airplane engagement session. Having never done anything like this, we, of course, said f*ck yes!

Heather had reached out to us early in 2020, before any of us knew there was a difference between an epidemic and a pandemic. We talked a bit about their ideas, but then the world ground to a halt, and so did our planning. As we all scrambled to figure out what our own “new normals” were, this shoot looked to be a less likely scenario. Nevertheless, Heather persisted.

Around mid-June, after states cautiously began reopening, Heather reached out again. Sadly, their plans to marry in Hawaii had to be jettisoned. But perhaps there was a silver lining: we managed to find a time where our schedules lined up for an impromptu trip to Palm Springs! To say that Jesse and I had been getting a little stir crazy would be an understatement, so we packed our bags and made the two-day trek across five states and through 50 degrees of temperature changes.

We were rewarded with not just an amazingly cool outdoor museum, but also a couple who clearly has far too much fun together! Heather and John enjoyed exploring the museum probably as much we did. And they kept their cool when we had them climb into airplanes with zero air circulation as the morning temps quickly climbed to 100+ degrees. They even laughed at my awful dad jokes, despite the muffled punchlines delivered through my mask!

Heather and John, huge thanks to you two for suggesting the airplane engagement session we all needed right now! The timing couldn’t have been more perfect and I can’t imagine better company. We are crossing all of our fingers in hopes that your Grand Tetons Elopement Extravaganza Contingency Plan Number ?? comes to fruition, because we cannot wait for more shenanigans together!

Also, a big shout-out to Heather from the Palm Springs Air Museum who arranged for us to shoot before the museum opened so we could keep ourselves and the public safe and healthy! 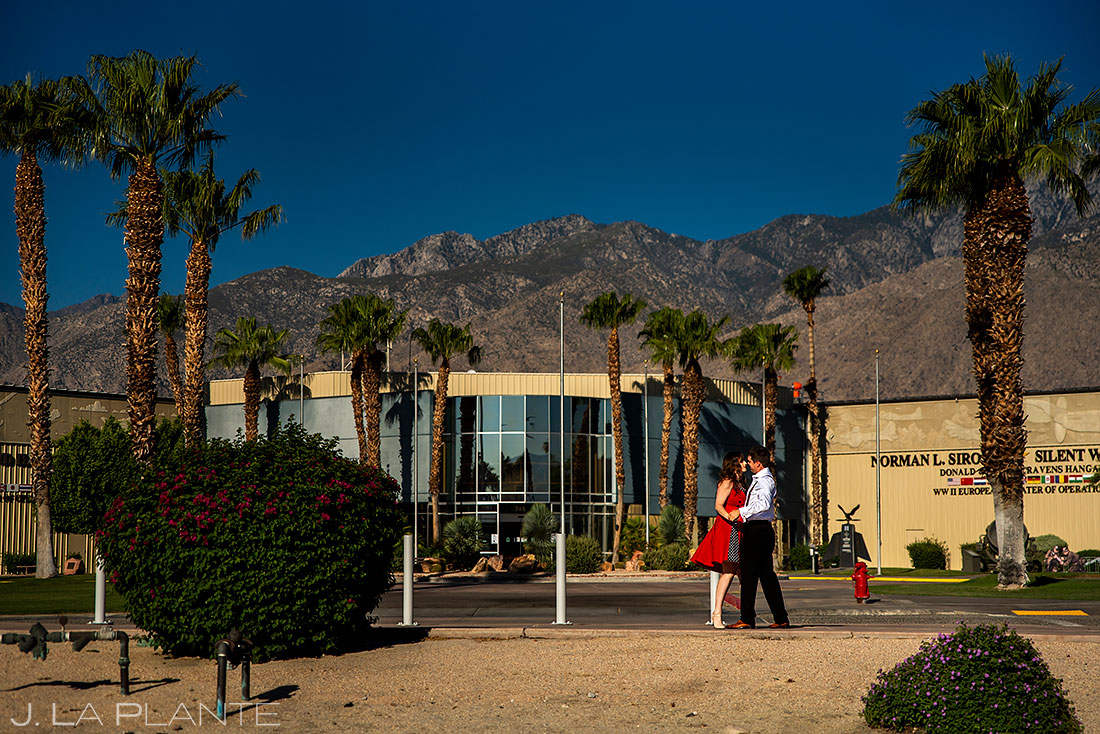 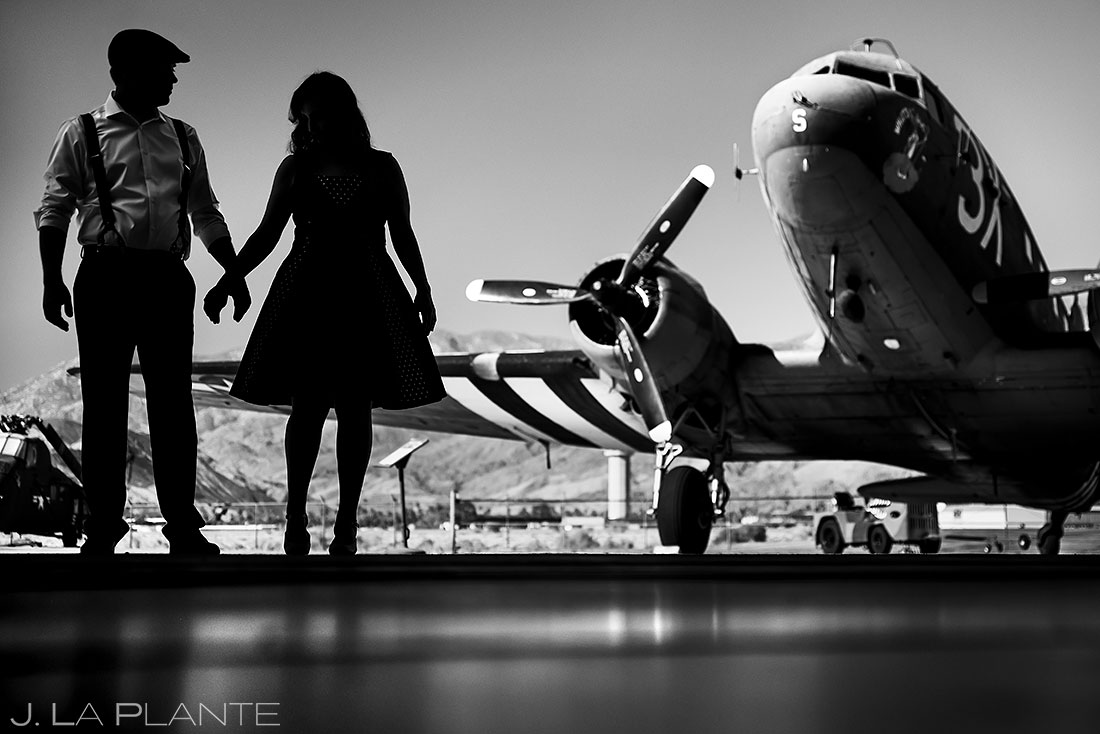 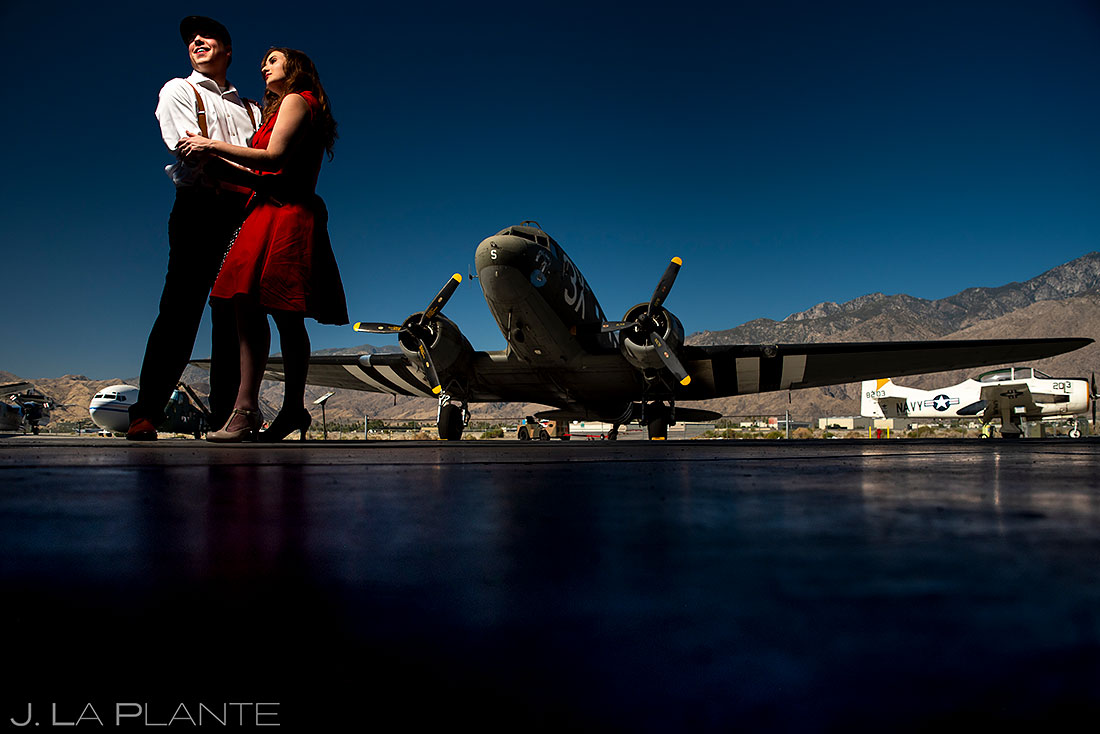 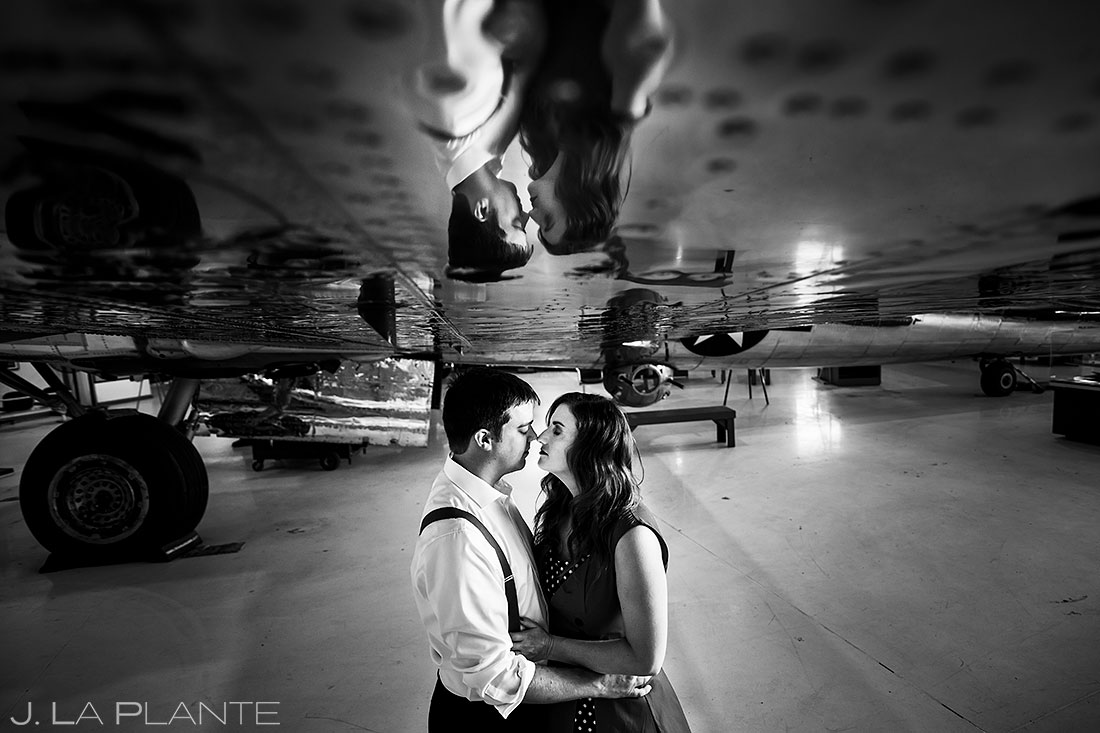 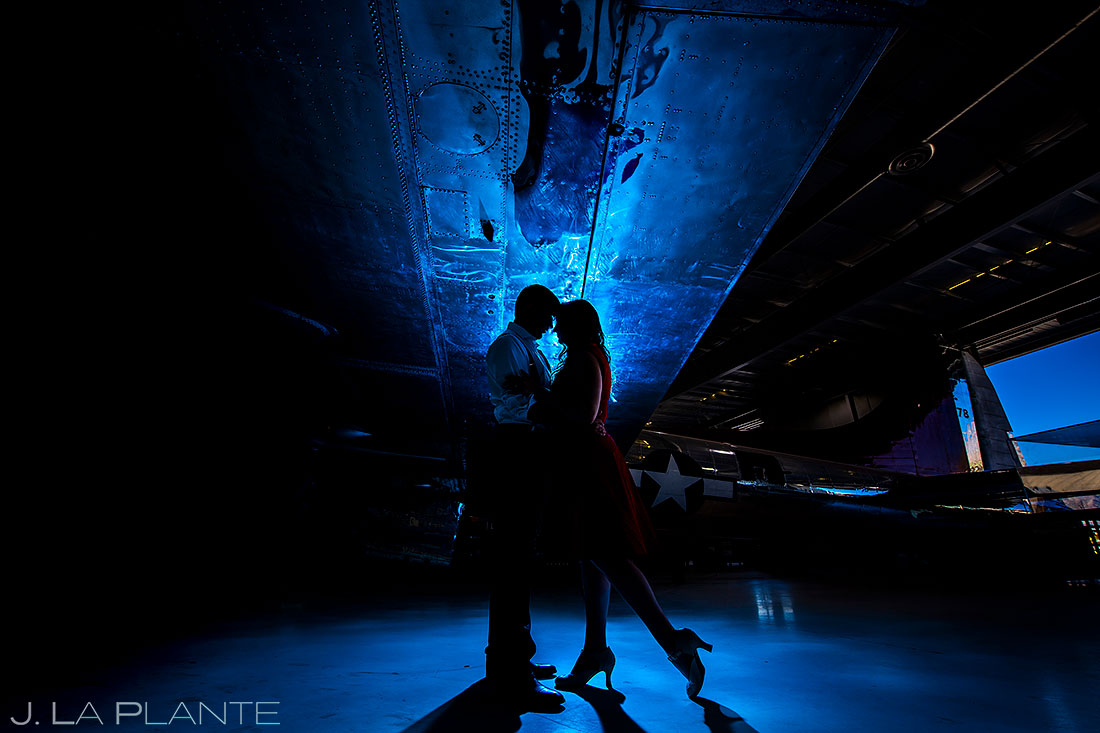 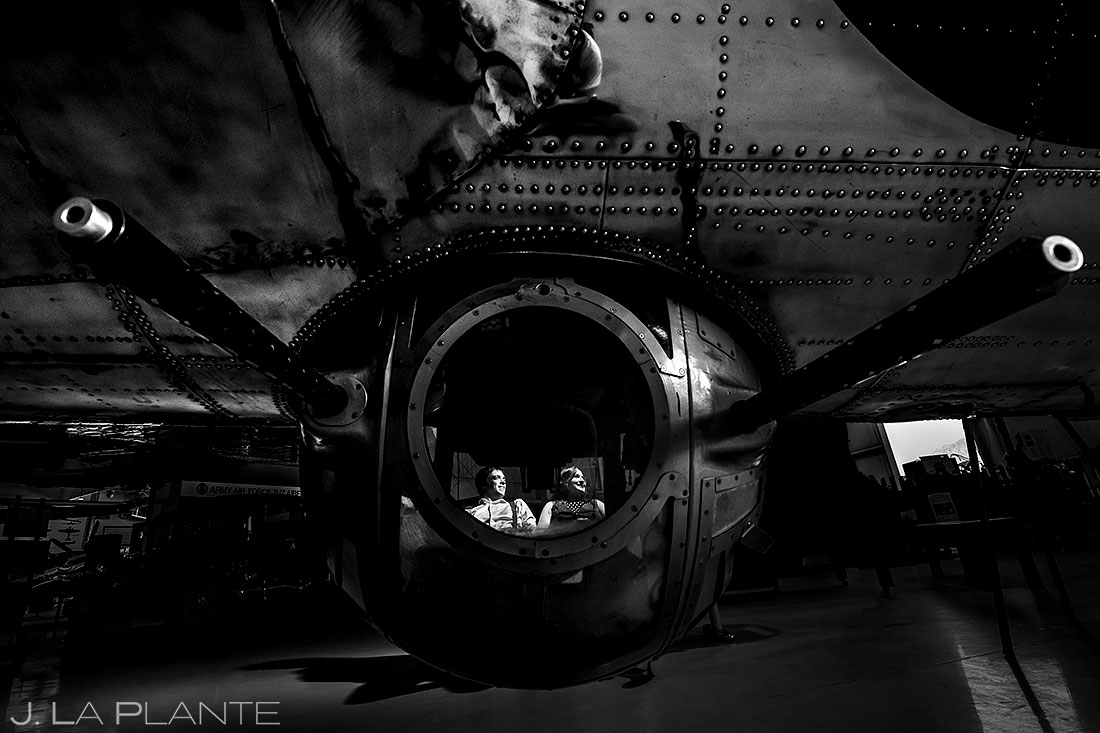 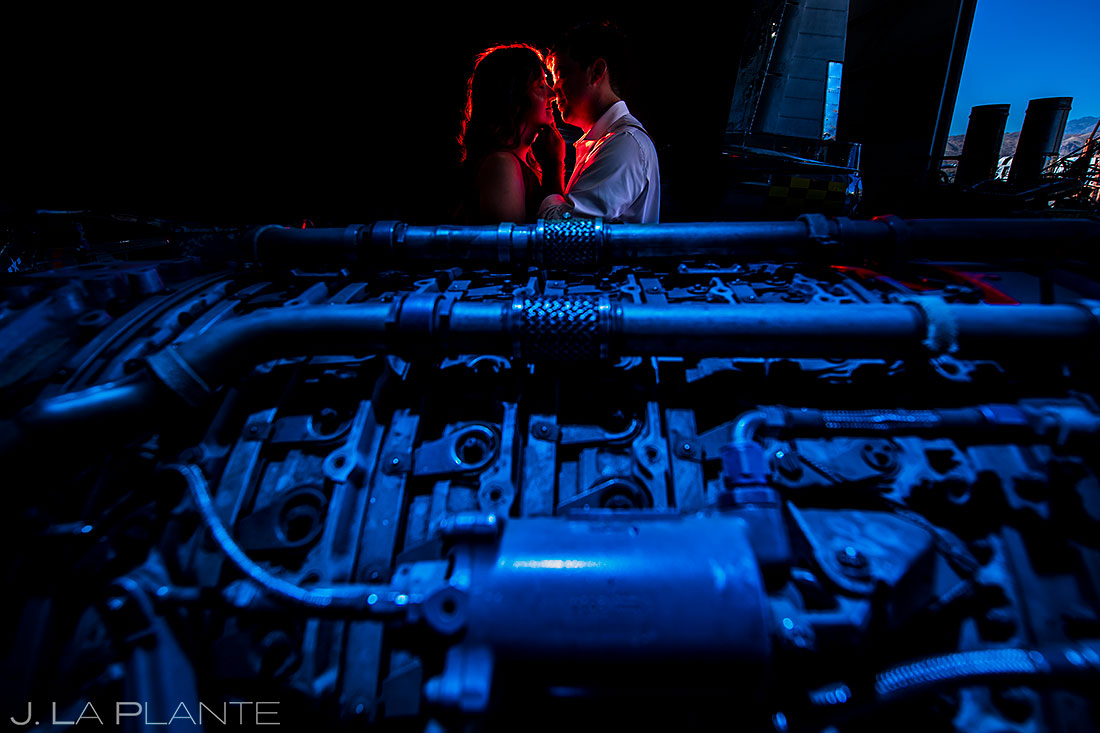 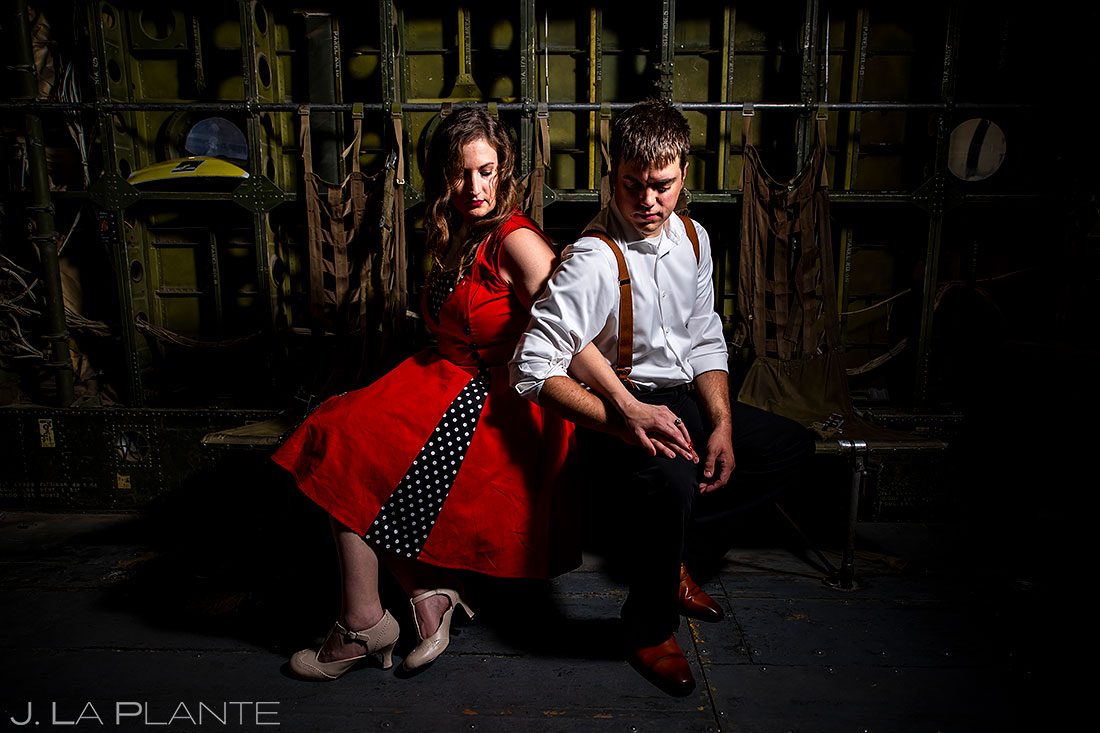 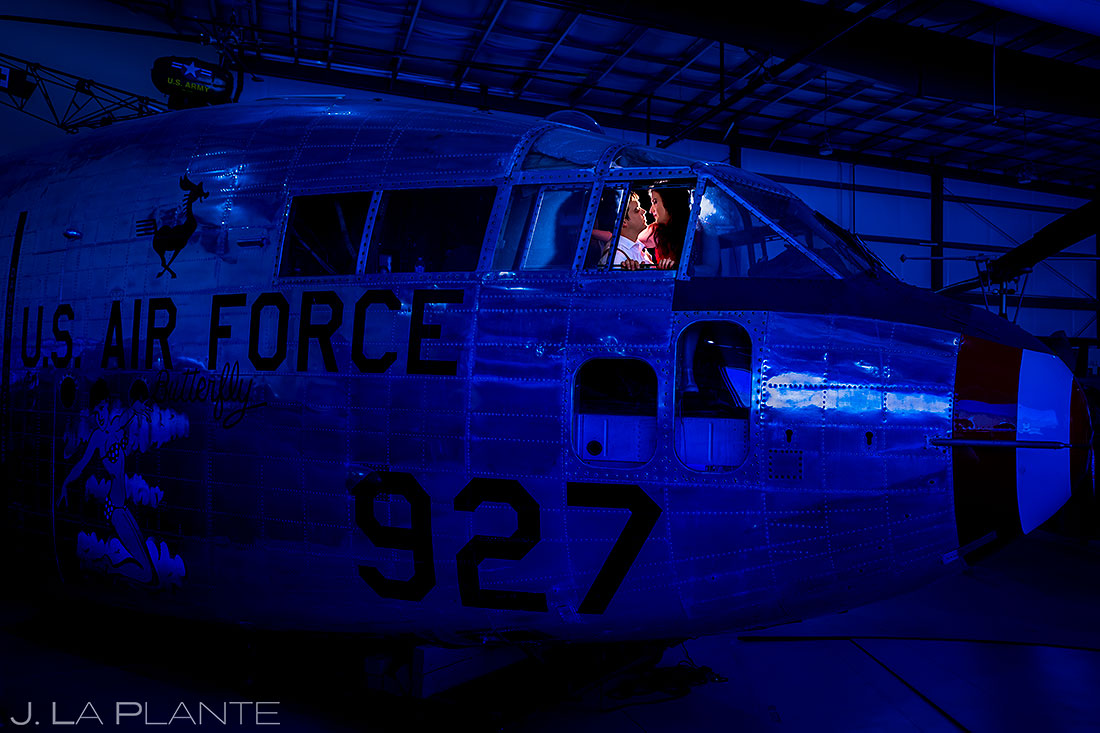 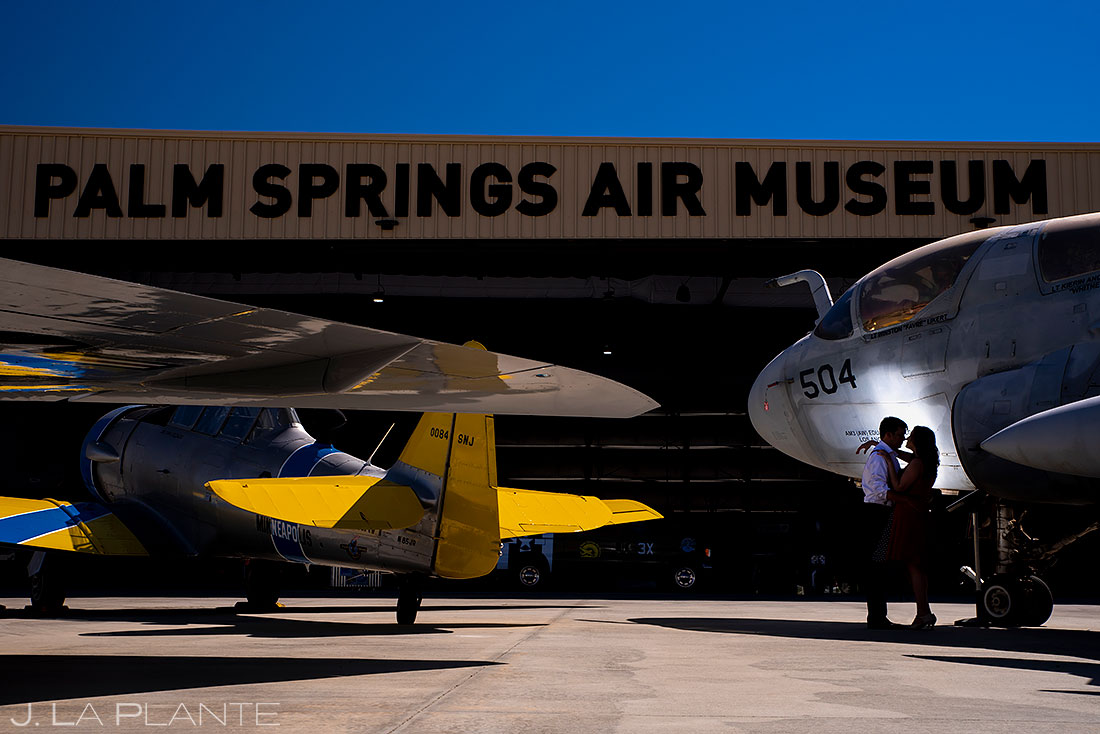 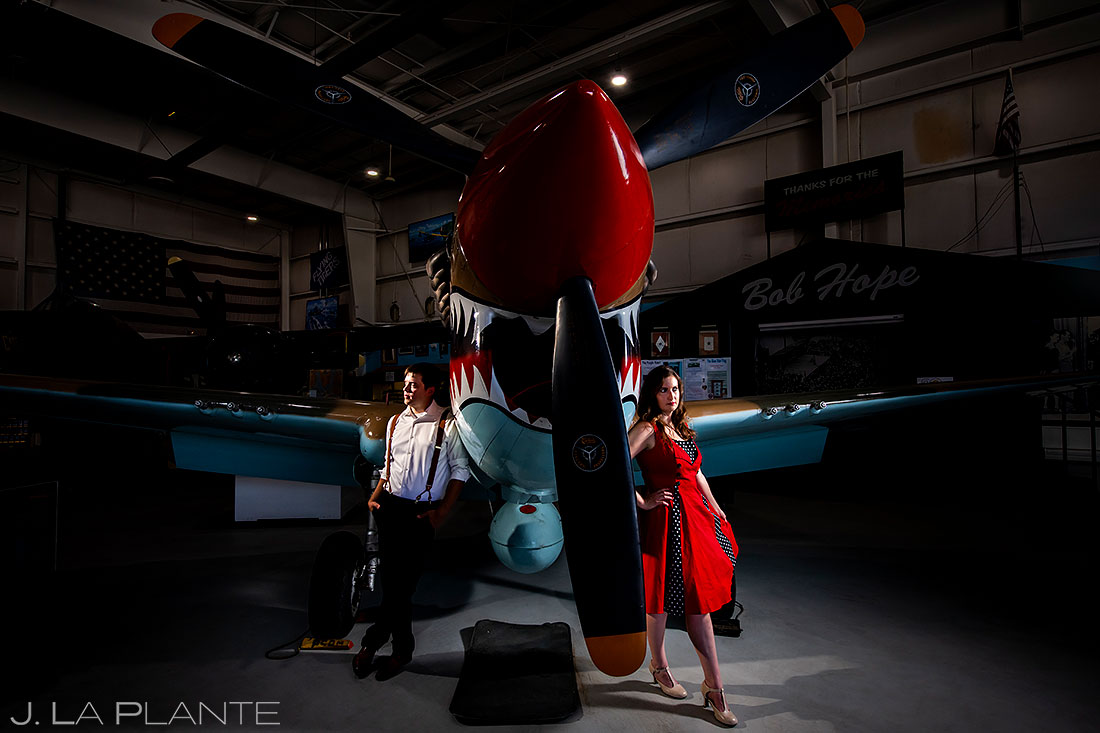 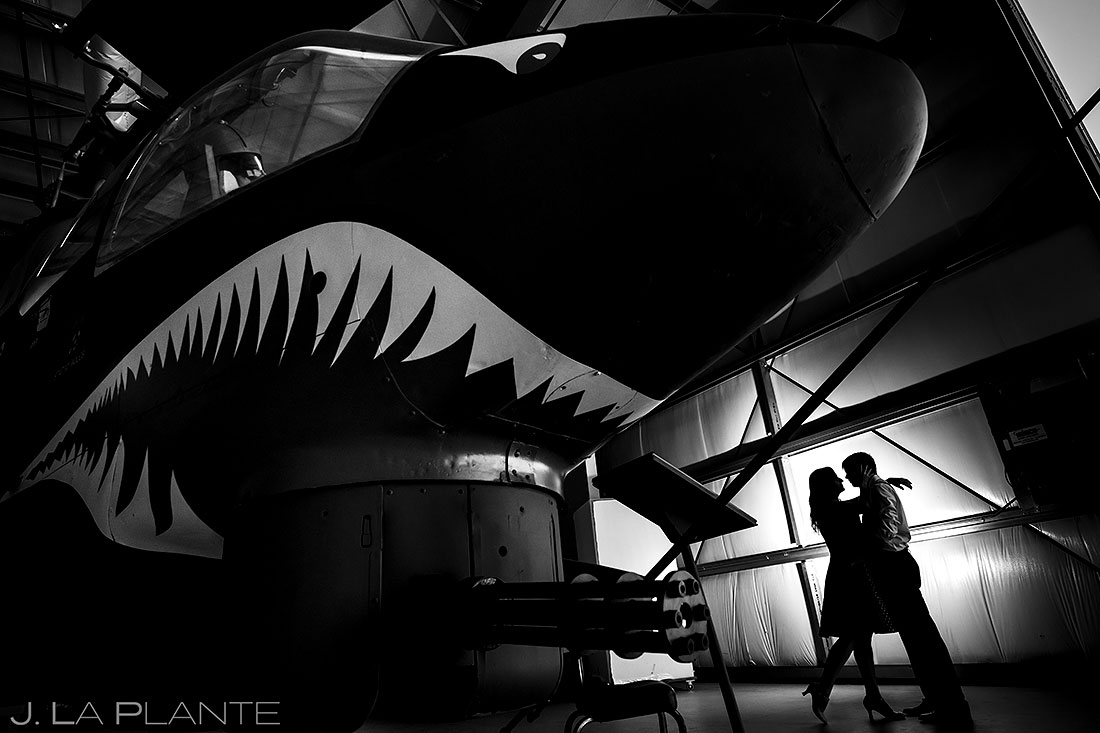 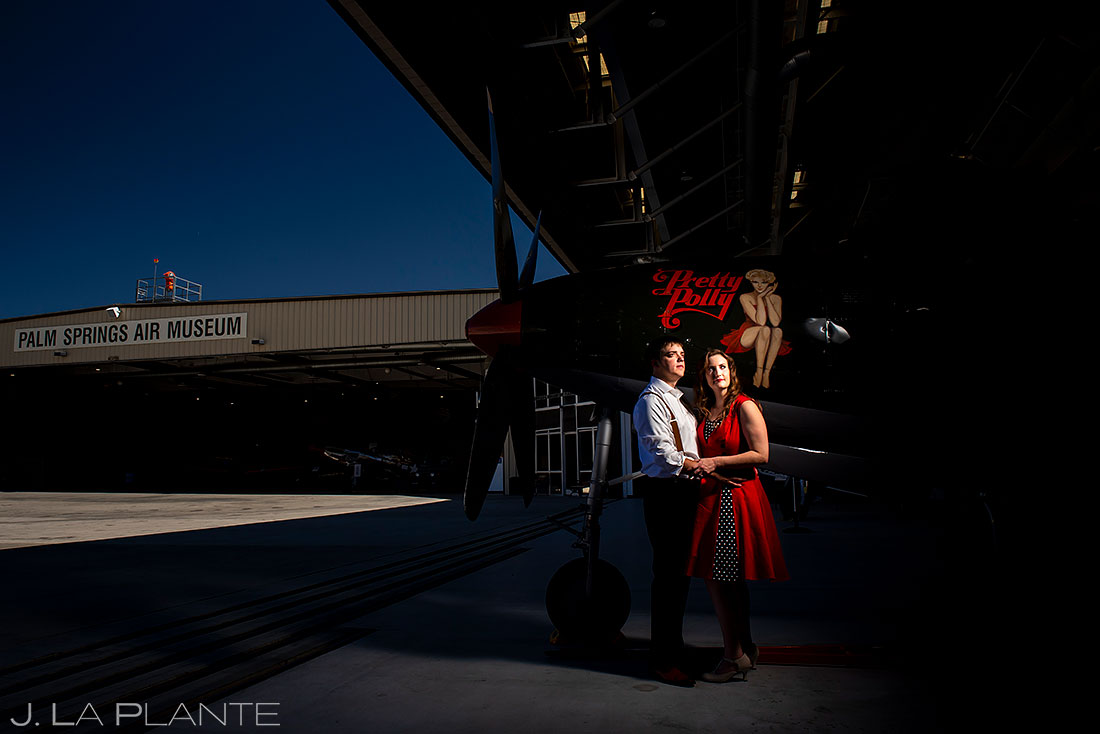 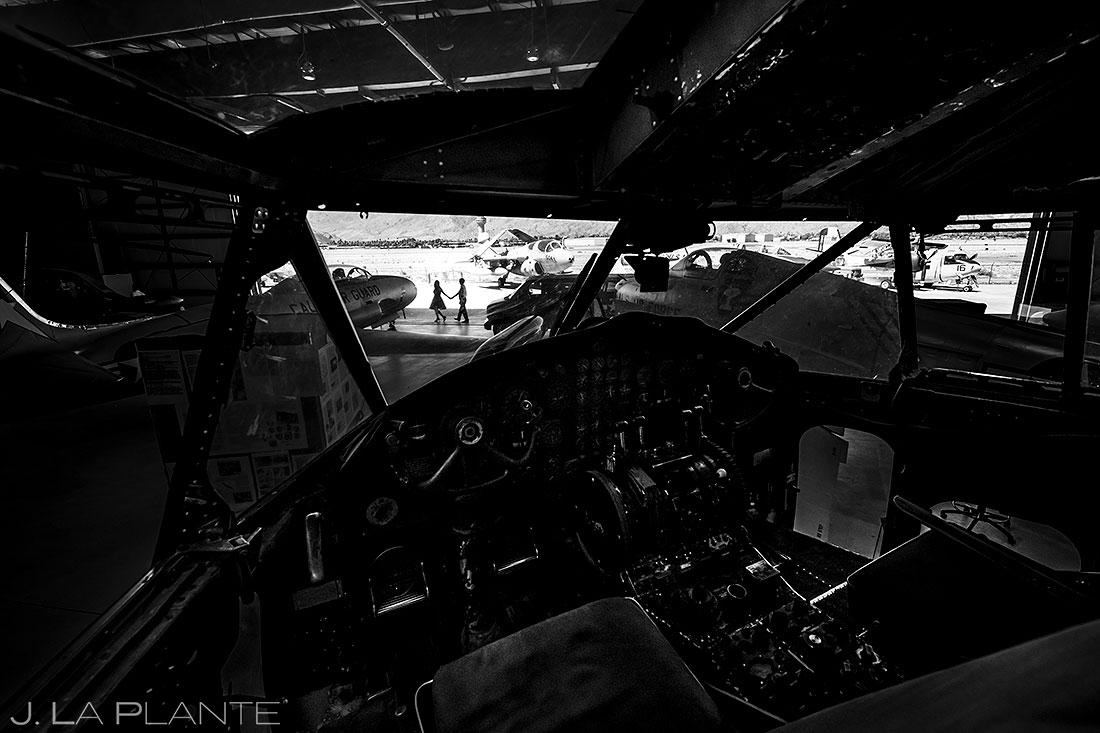 
Author
Moira La Plante Jesse and Moira La Plante are husband and wife wedding photographers who have been shooting weddings for kick-ass couples since 2008. Located in Boulder, Colorado, the duo works primarily in the Rocky Mountains, but travels all over the country and abroad to shoot weddings.