I grew up in Southeast Michigan and, like many a Michigander, I spent more than a few evenings at the Fox Theatre in downtown Detroit.

My favorite thing about the Fox is its architectural design. Predominantly Art Deco with a blend of Indian, Persian, Chinese and Hindu motifs, the theatre, which originally opened in 1928, is a veritable feast for the eyes.

During all of those concerts, I clearly remember looking around and thinking, “It sure would be cool to do a photo shoot in here.”

When Sarah and Kevin asked if I’d be interested in shooting their elopement at the Fox, my answer was a resounding “Yes!” Moira and I spent part of the previous afternoon scouting locations outside of the theatre, but once we set foot through the door, it was abundantly clear that we’d have no problem filling the allotted 90 minutes with interior shots.

First and foremost, I wanted to get nice image featuring the ceiling in the auditorium. So I popped on my 14-24 and positioned the newlyweds in the center aisle of the balcony so that they were isolated in the negative space created by the stage curtain.

The next step was to nail down the ambient exposure. The theatre was pretty dark, so the most logical order of operations here was to 1) open my aperture as far as it would go (f/2.8), then 2) drag my shutter as slow as I was comfortable doing so while hand-holding the camera (1/80), and finally 3) boost my ISO until I achieved a usable exposure (1600). Some might argue that slowing the shutter further in order to drop the ISO to a more reasonable level would have been the preferred approach. That works too. Every photographer is a little different. Personally, I’d rather risk a bit of noise in the shadow areas than motion blur in the entire image. The former can be fixed later in Photoshop, while the latter will have you kicking yourself when you fly back to Denver, never to shoot at the Fox again. Moreover, the D800 handles high ISOs exceptionally well, and I defy you to find a single blown pixel in this image.

Finally, for the coup de grâce: a single SB unit (with an incandescent-balanced gel), triggered by an on-camera radio transmitter, held by my lovely assistant directly behind Sarah and Kevin. This provides a halo, or a rim light, around the couple and really makes them pop out of the background. It helps draw the viewer’s eye to the newlyweds, despite the visual interest of the rest of the frame. It also gives the overall image a sort of theatrically ethereal quality, which is fitting for a photo taken at the Fox.

This was one of my favorite portrait sessions I’ve ever done, so I’ll leave you with a handful of my other favorites from the shoot. 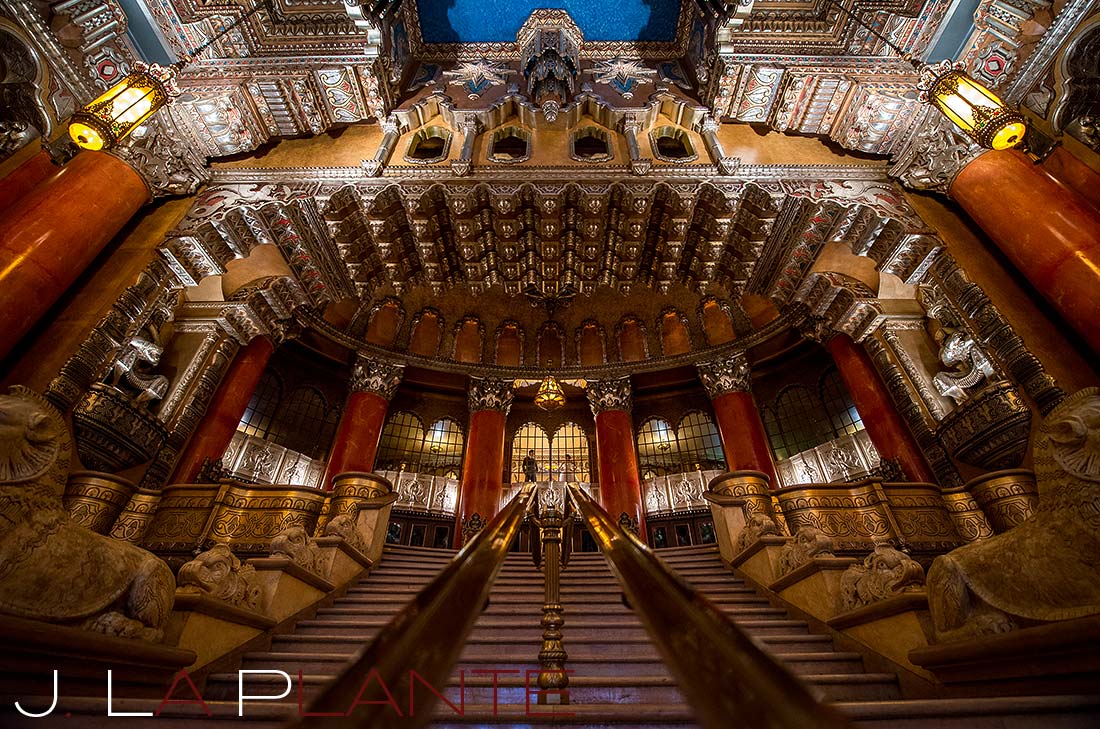 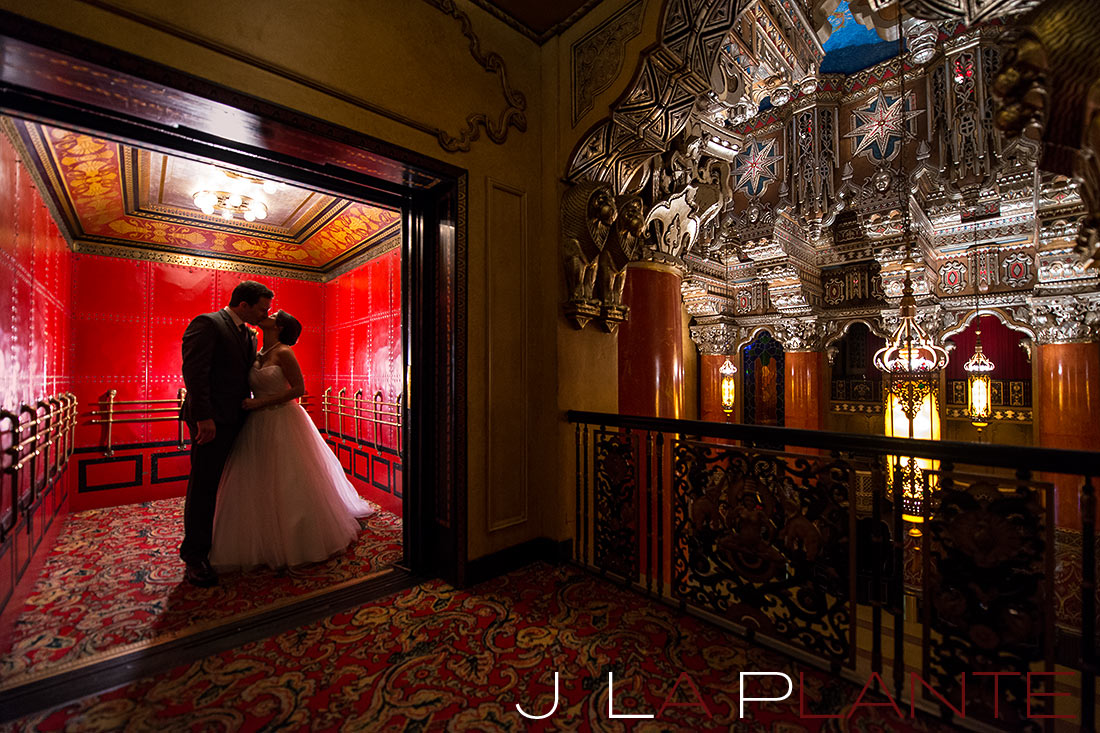 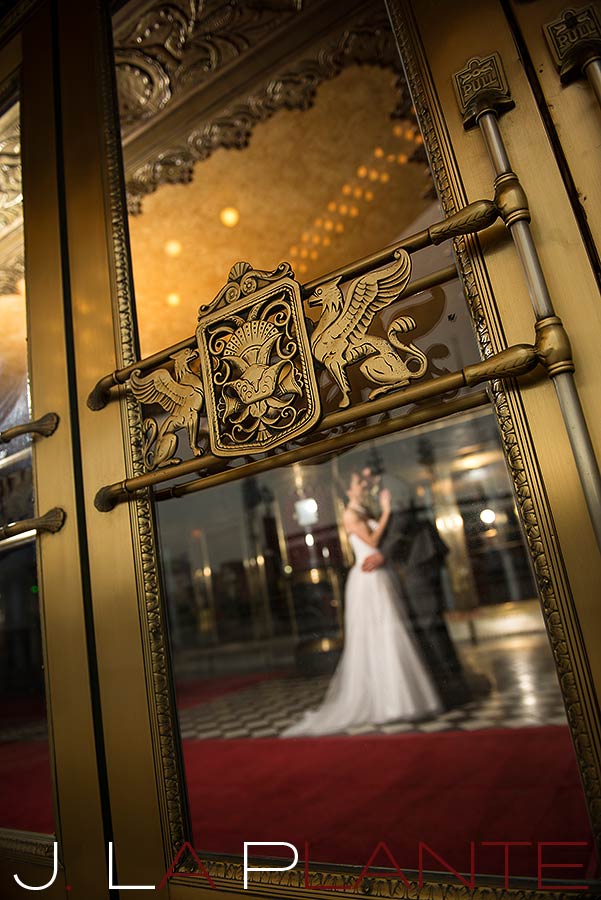 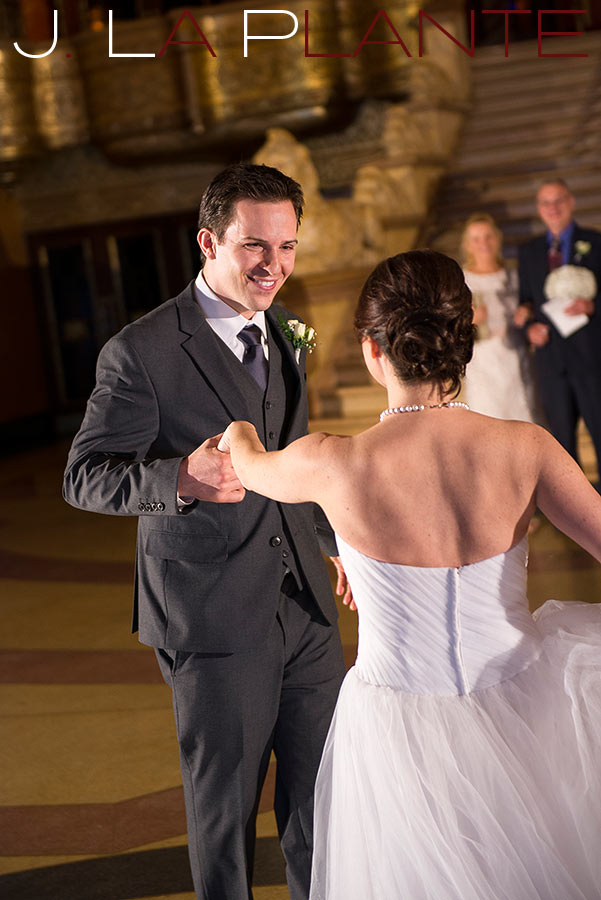 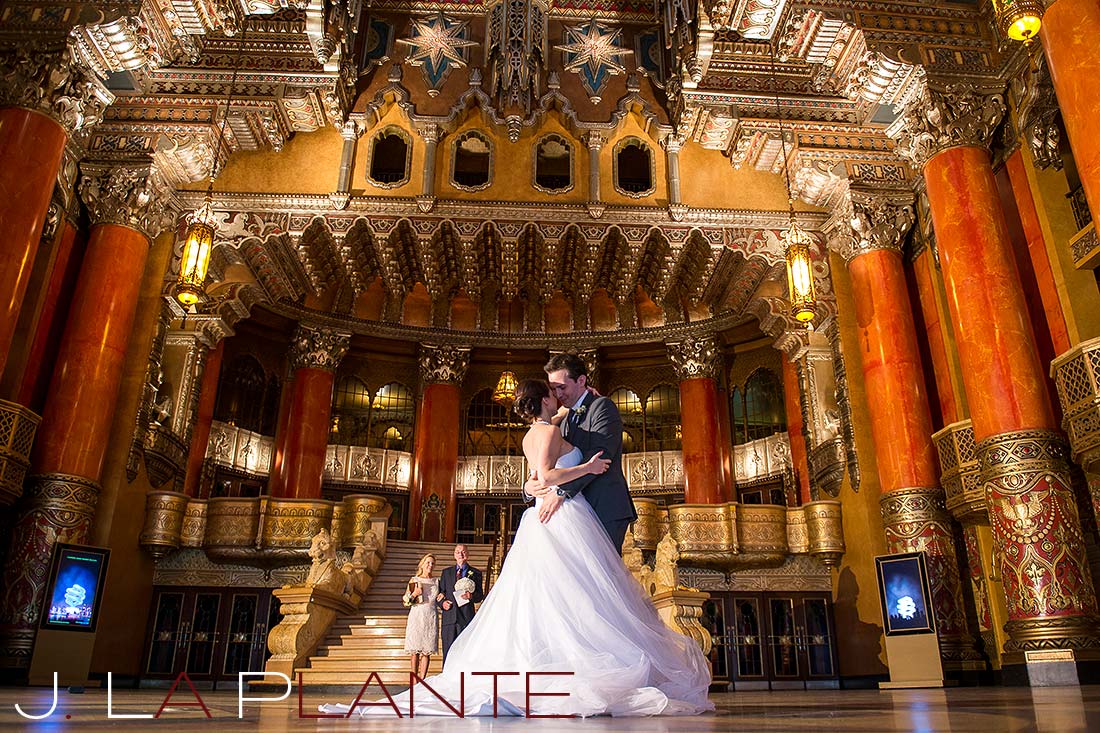