Anatomy of a Photograph: Holi Powder

December 3, 2017 By  Jesse La Plante With  0 Comment
In  Anatomy of a Photograph  /  For Photographers

For the past couple of years, we’ve been trying to think more “outside the box” for our engagement sessions. Yes, shooting a bride and groom-to-be in a field with a mountain backdrop is beautiful, but we’ve found that incorporating a fun activity gives the shoot a little extra je ne sais quoi.

We’ve dubbed these shoots “alternative sessions” because they’re completely different from what one thinks of when one thinks of a typical engagement shoot. 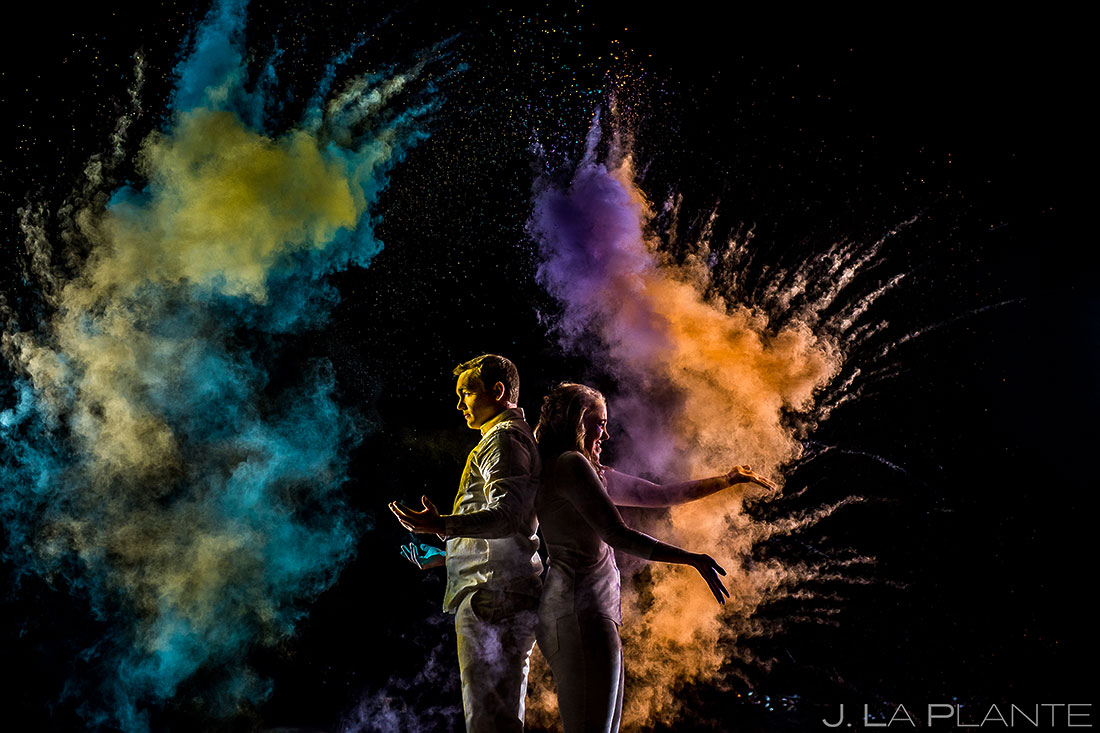 Holi powder is a fine, colored powder that’s used during the Holi Festival (also known as the “Festival of Colors”) every spring in India and Nepal. I’ve seen tons of amazing photos from the festival and I’ve always thought it would be cool to incorporate it in a wedding or alt session. When we pitched the idea to Courtney and Derrick, they were just as excited to give it a go as we were.

After shooting some late-afternoon portraits by the river in Boulder Canyon, the four of us headed out to an abandoned business park near our place in Lafayette, broke open a good bottle of whiskey, and went crazy.

We picked the location simply because there was a ton of space and little to no ambient light. I wanted a completely blank background to make the powder pop out as much as possible, so I dialed my exposure in to achieve a pitch black frame.

Next, I set up two lights at 10:00 and 2:00 relative to the subjects on 12’ light stands and aimed them down at approximately 45 degrees. This created a nice cross-light to make the couple pop out of the black background. Both lights pulled double duty here (the light on the left lit Derrick’s face and Courtney’s back, while the light on the right lit Courtney’s face and Derrick’s back).

The trickiest thing here was to set the lights (I used Godox AD200s) to a high enough setting to overpower the ambient, while at the same time keeping the power low enough for fast recycle speeds. When shooting stuff like this, I like to set my camera on continuous mode to get a bunch of frames per second so I can later pick out the absolute best images.

Finally, I equipped each AD200 with a MagMod grid to limit spill on the surrounding environs. If I went with bare flash on this, light would have spilled all over the place, lighting up the whole parking lot. With the grids, I was able to narrow the beams of light so that they lit the couple and the Holi powder and nothing else.

Once all the technical wrinkles were ironed out, we loaded up Courtney and Derrick with powder and told them to go nuts. They would toss the powder into the air and I’d take 10-15 frames, then we’d adjust the pose, change the colors and do it again. We shot maybe five or six different variations until I was confident that we had a solid roll of film.

After the shoot, Moira and I looked at each other and could tell we were thinking exactly the same thing: “this one’s going to be hard to top.”

Thanks for reading and until next time, here are a few of our other favorites from the shoot: 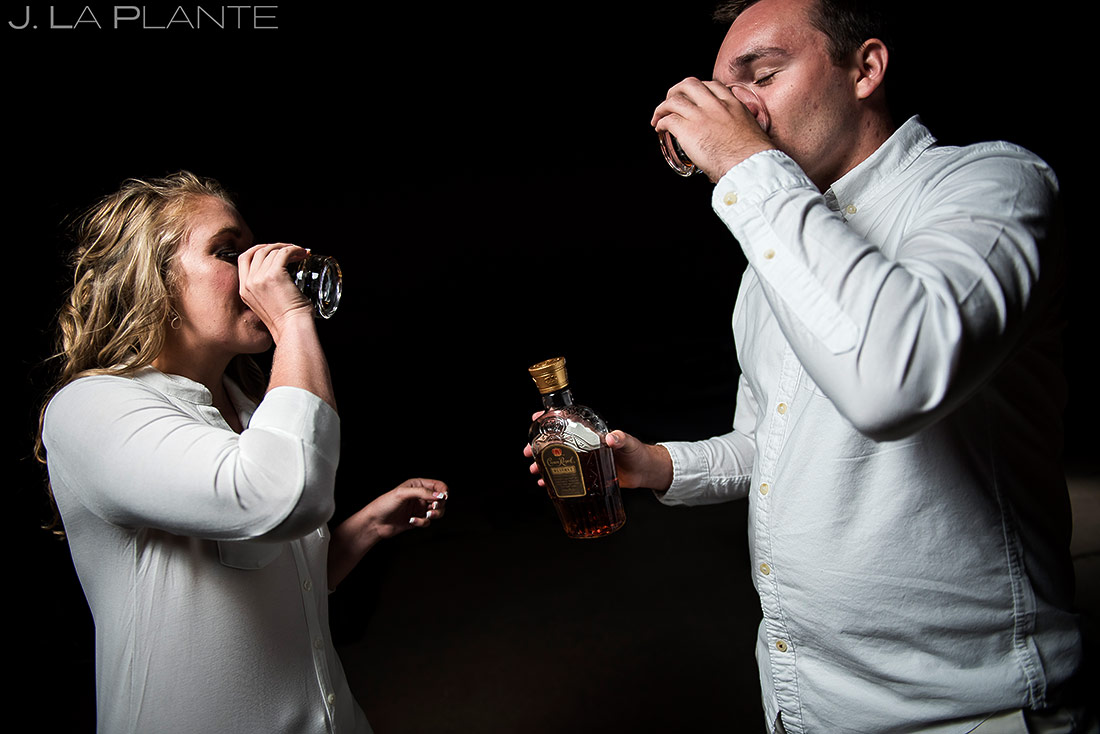 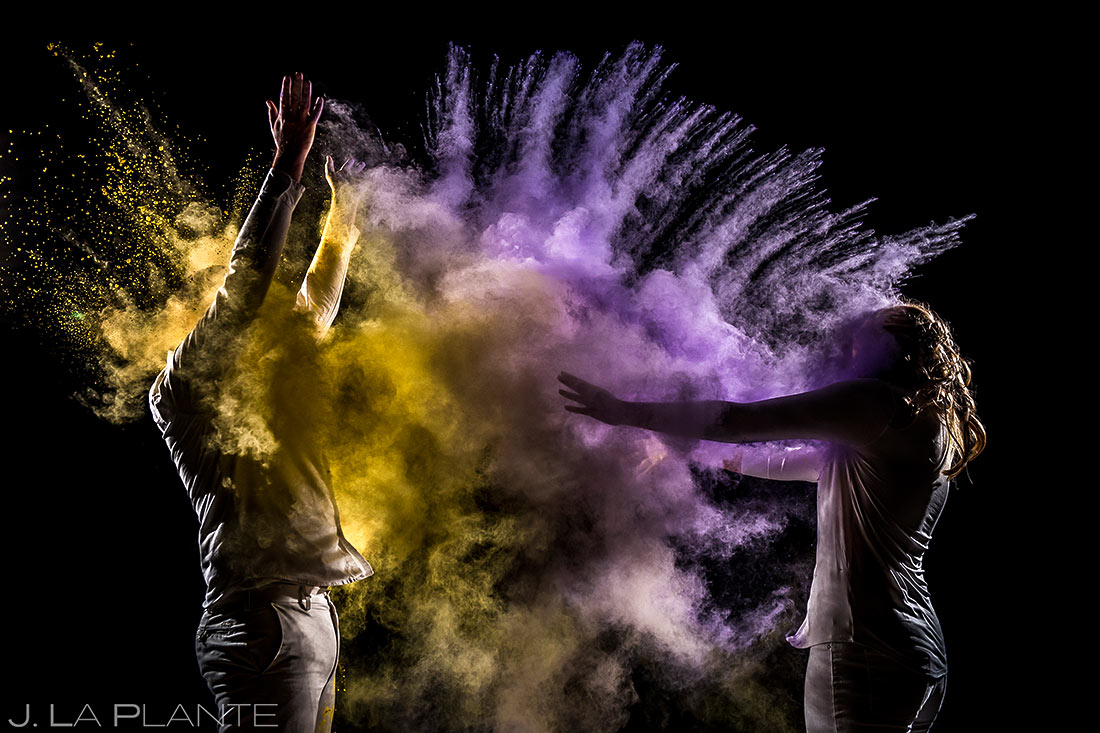 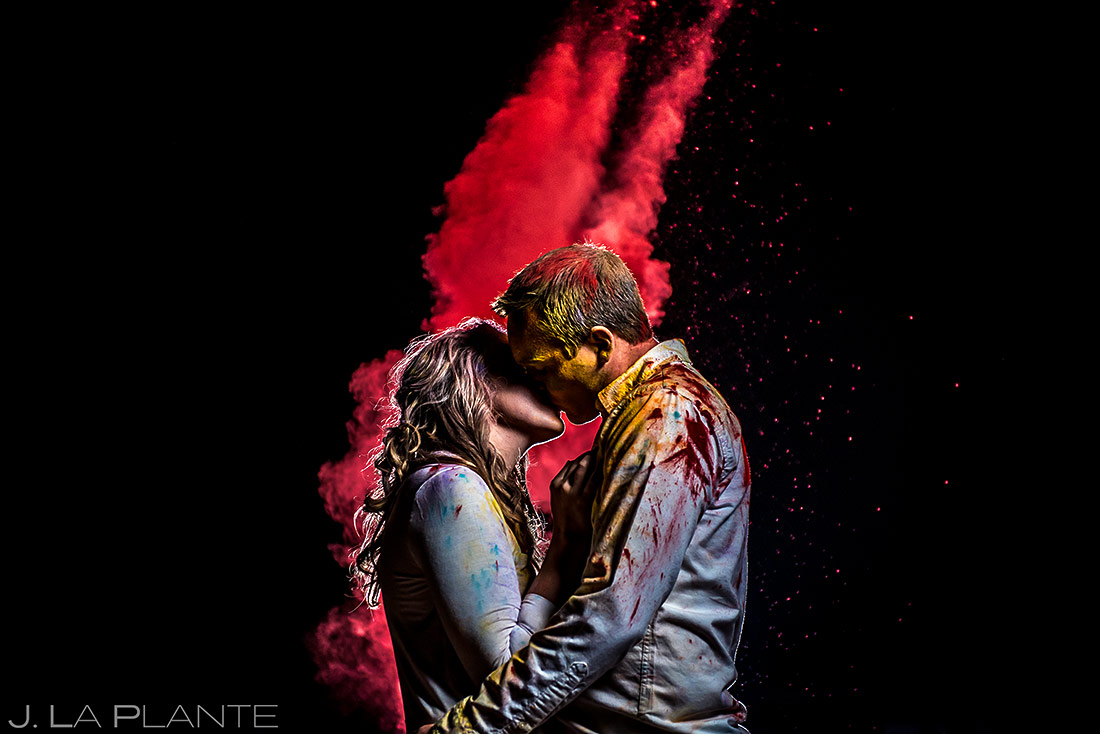 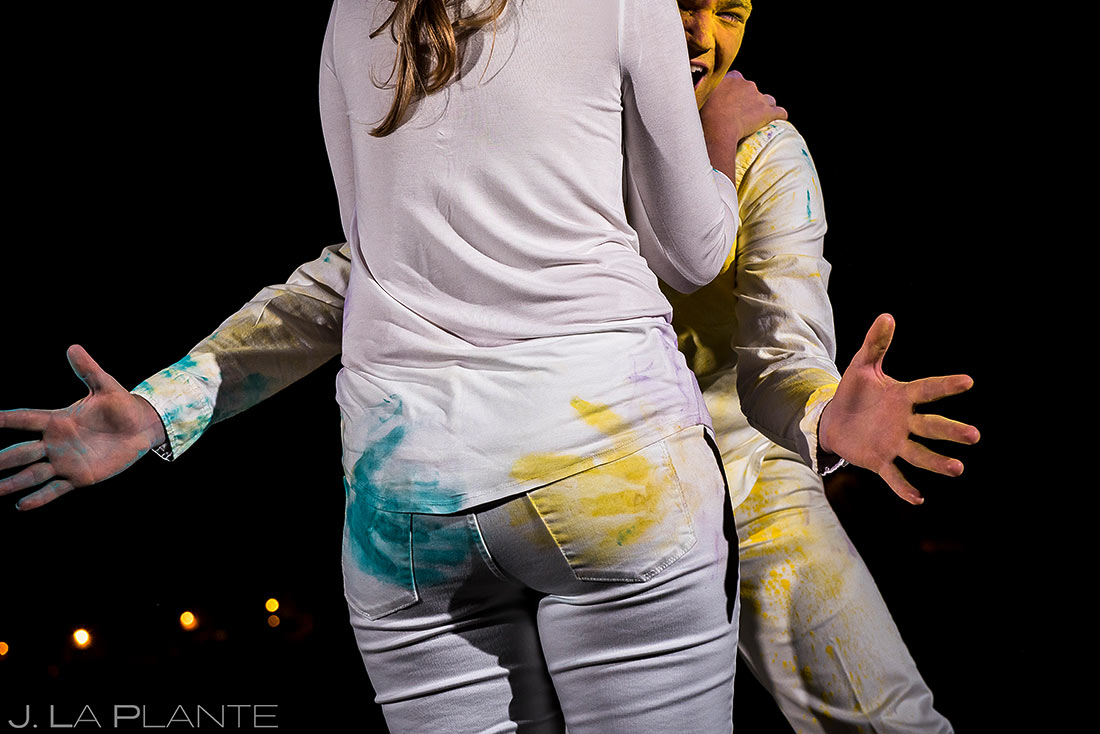 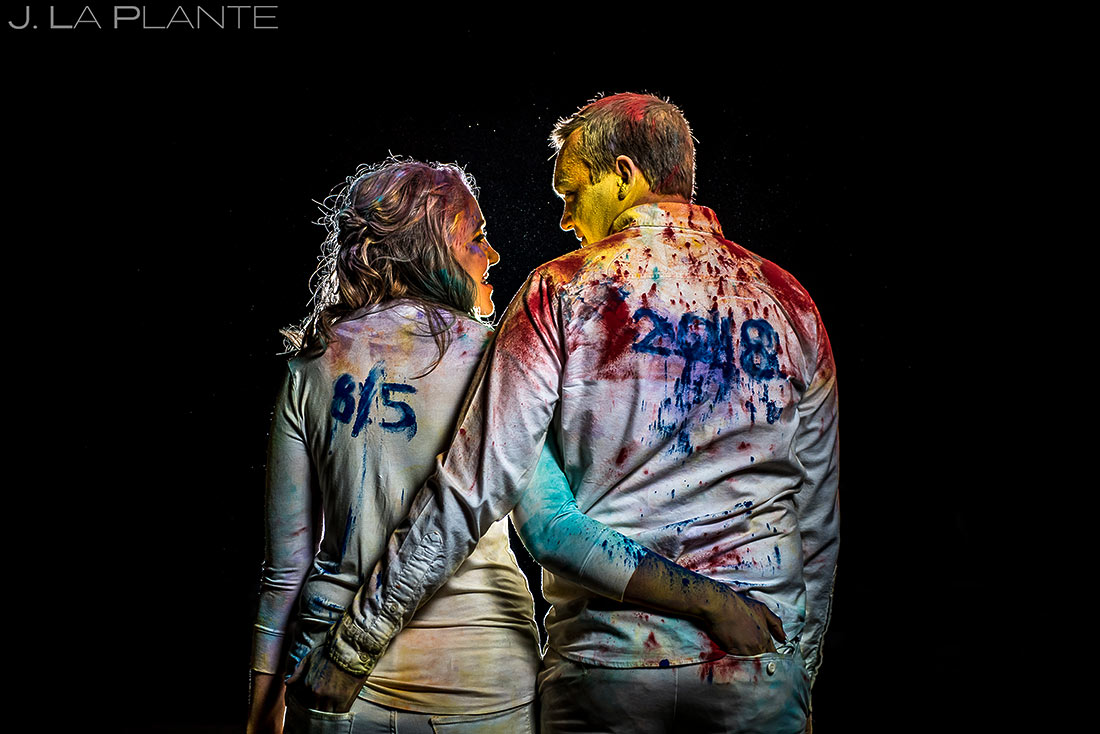