A few weeks ago, a large, heavy box arrived at our doorstep from Amazon. Since we were in the midst of weddings and wedding preparations, the box sat unopened in the closet. Until last Thursday, when we finally broke into it for Courtney and Derek’s Holi powder engagement shoot!

Courtney and Derek are planning their destination wedding in Colorado while juggling a lot of other responsibilities. Courtney’s attending school in New Mexico and Derek is starting out his career as an air traffic controller. Recently, the were given 24 hours to decide where to go for his first station assignment. They settled on Memphis, a city neither one had been to before.

Nevertheless, we managed to squeeze their engagement shoot in between our trip to Seattle and another wedding and during their week-long stay in Colorado for catering tastings before they drove straight to Tennessee.

During our first Skype meeting, we talked about the photo wish list Jesse and I have – photo shoots we’ve always wanted to try but for which we need willing and adventurous experimental subjects. Courtney and Derek were up for basically everything on the list, but we decided that integrating Holi powder would be the best option.

Now, most photographers who do Holi powder engagement shoots do them during the day. But we’re not most photographers. So we waited until nightfall, had Courtney and Derek follow us to an abandoned business park, promised we weren’t going to shank them, set up our lighting and got down to experimenting. We learned how much powder to use, how to throw it for the best images and how to use the wind to our advantage, and we had a blast while doing it!

Huge thanks goes out to Courtney and Derek for trusting us with something new and crazy! Because, after all, the best photos start with whiskey and end with confused stares from other hotel patrons. 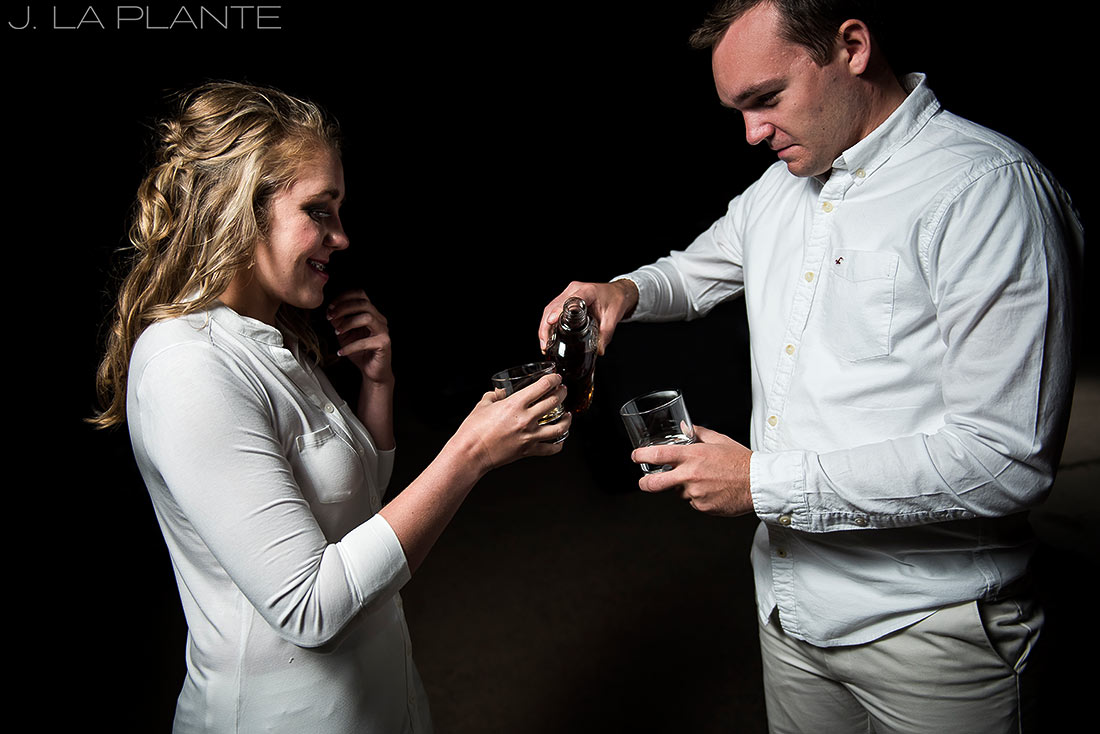 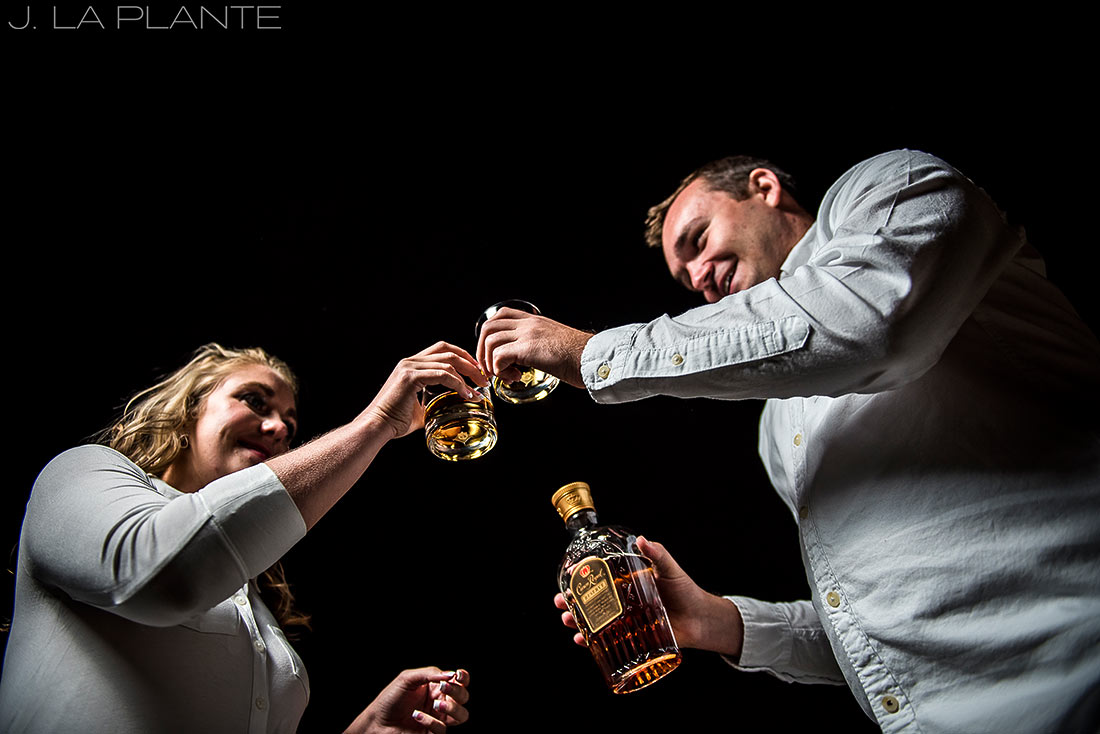 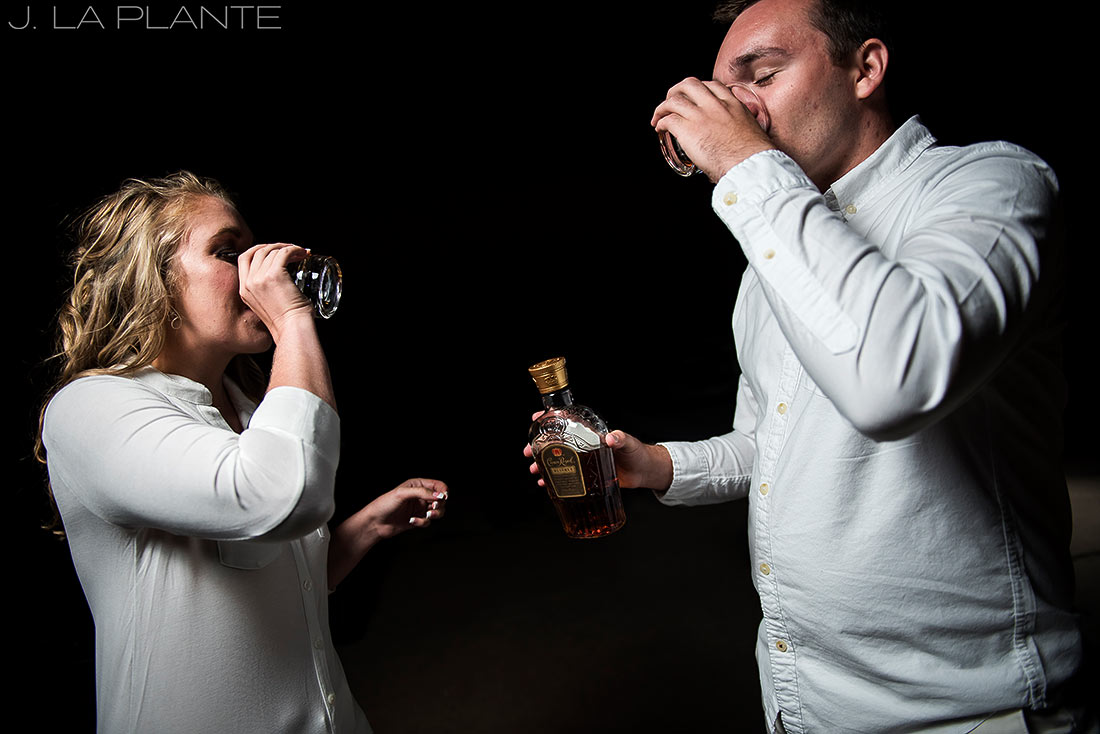 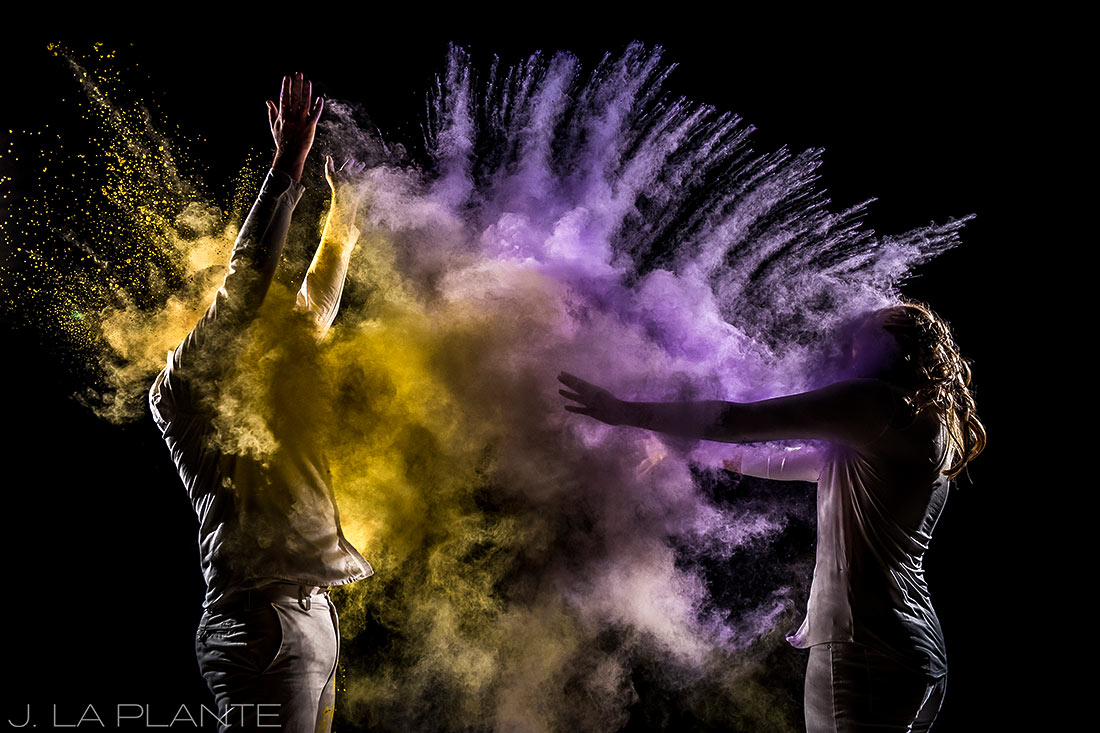 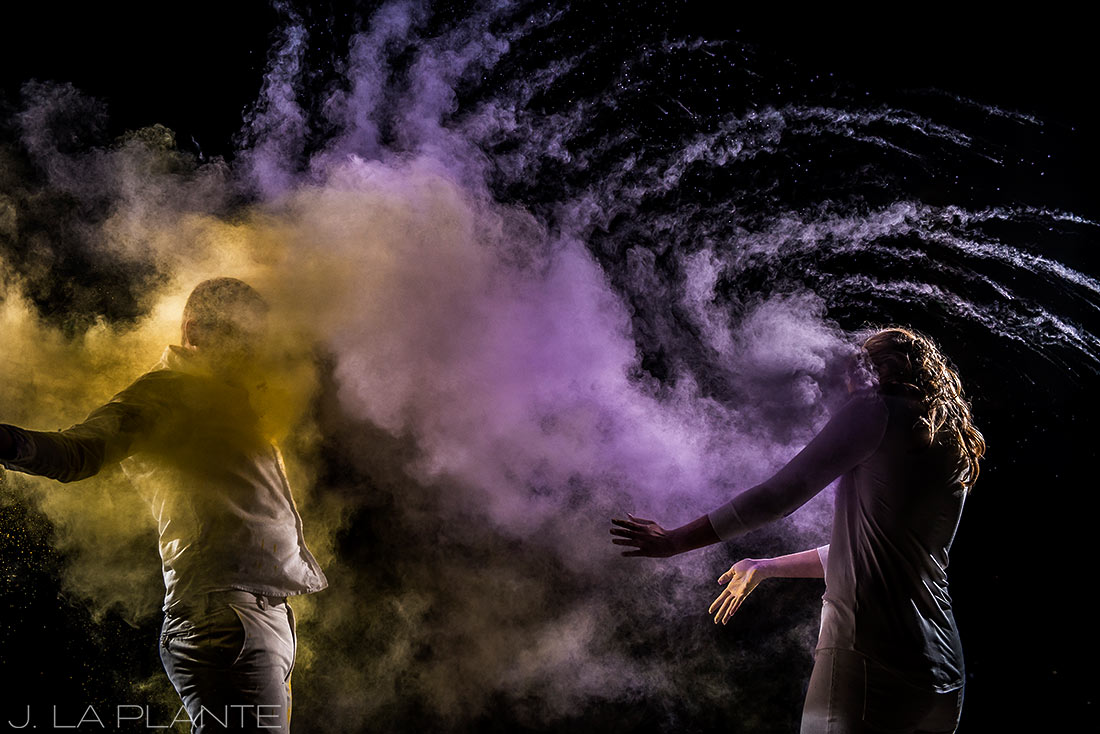 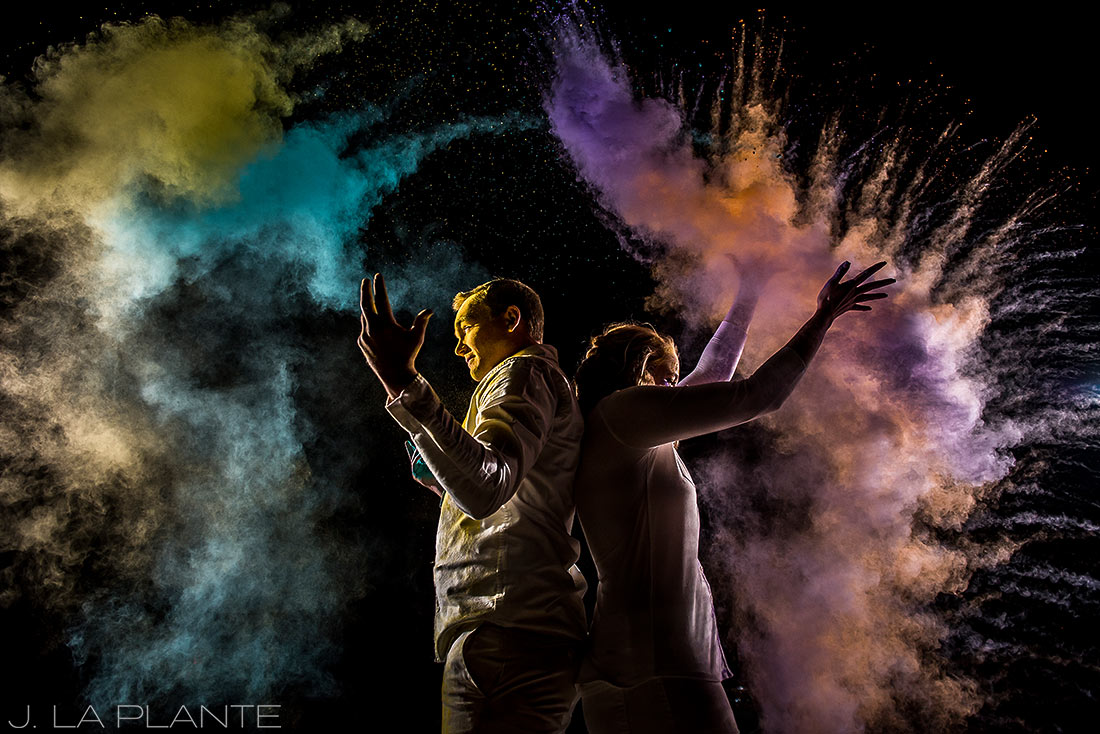 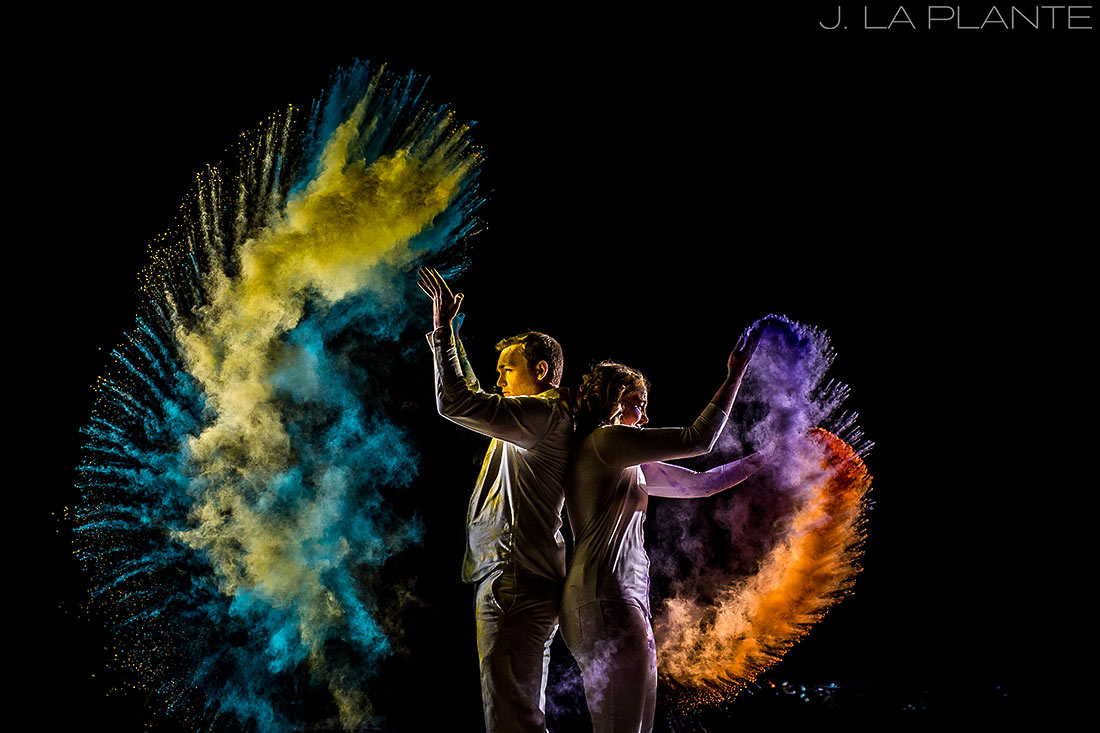 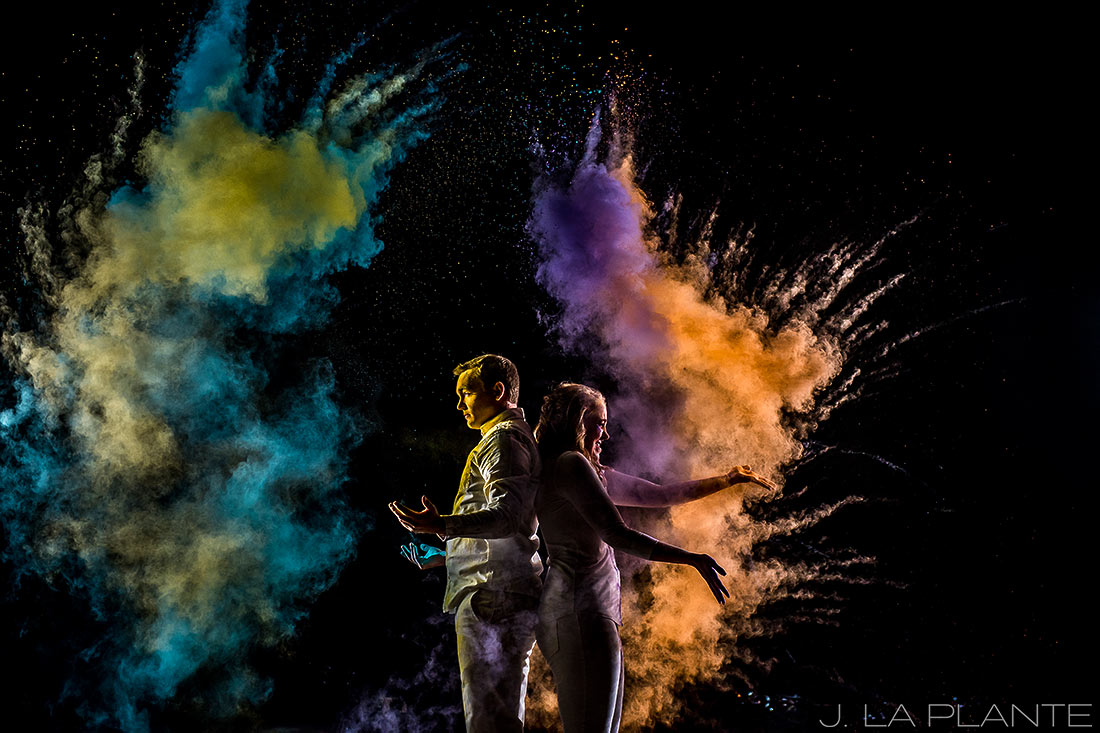 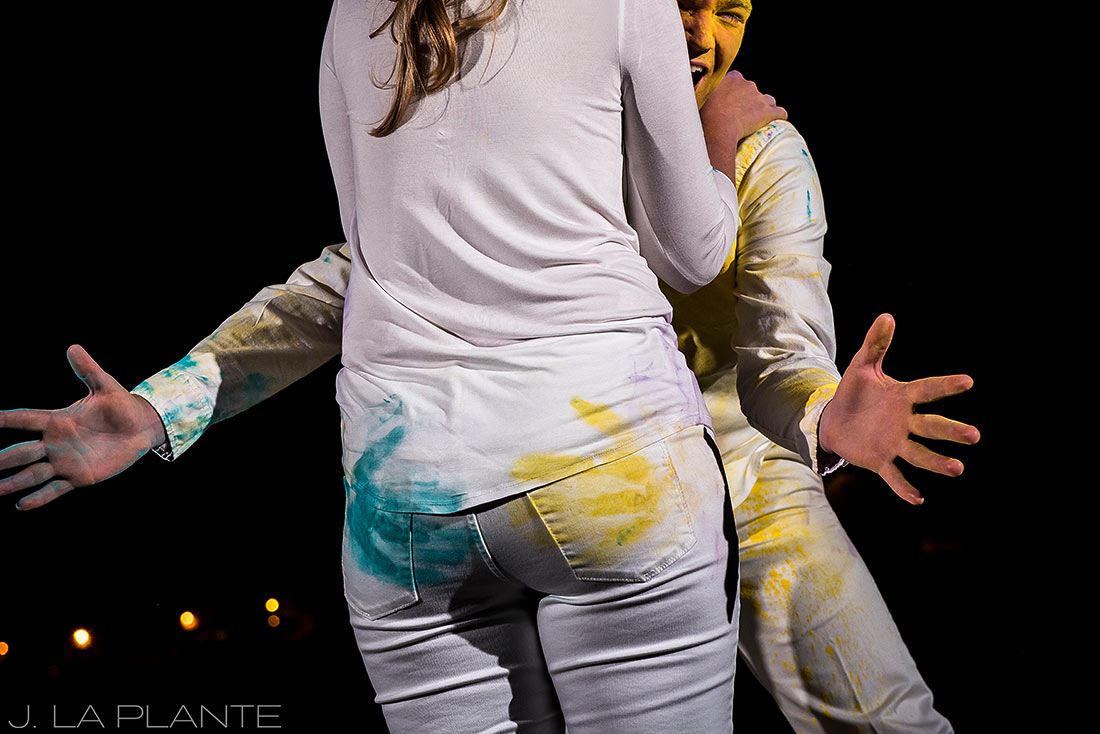 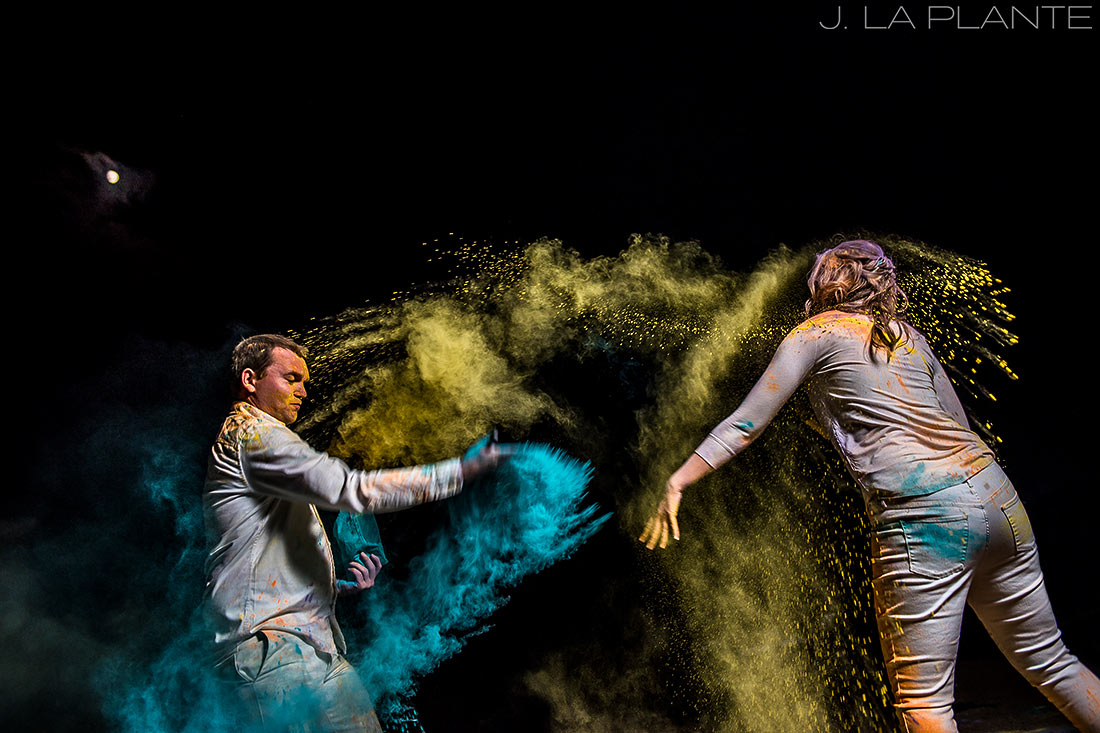 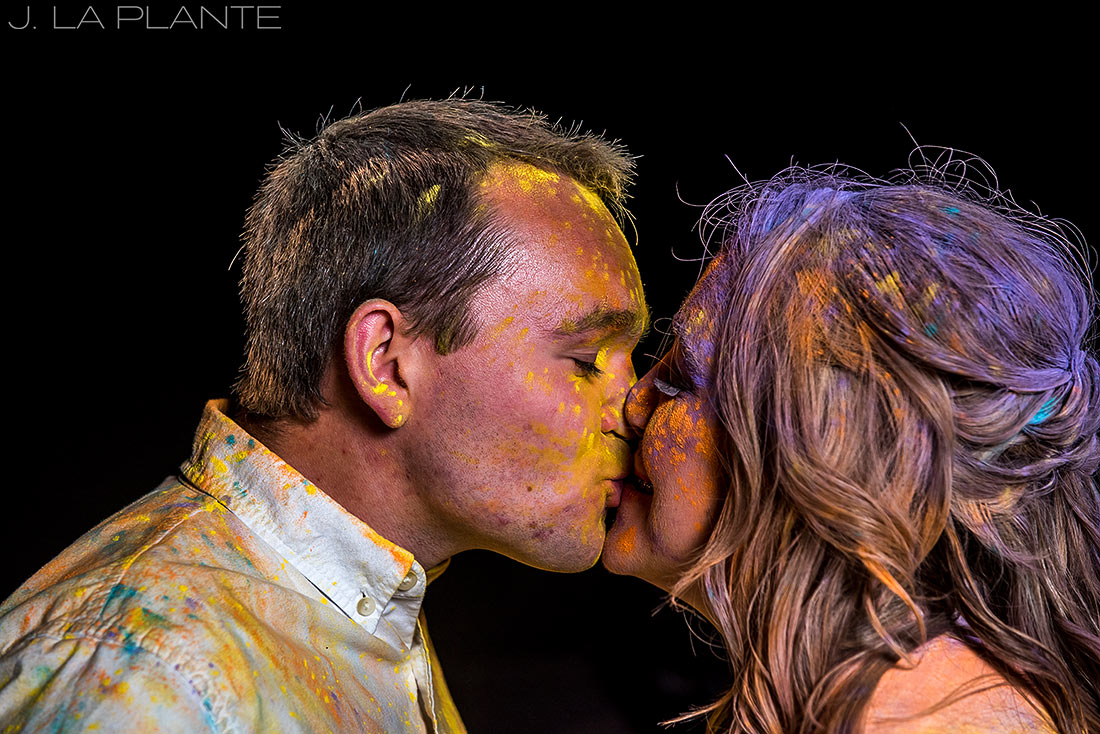 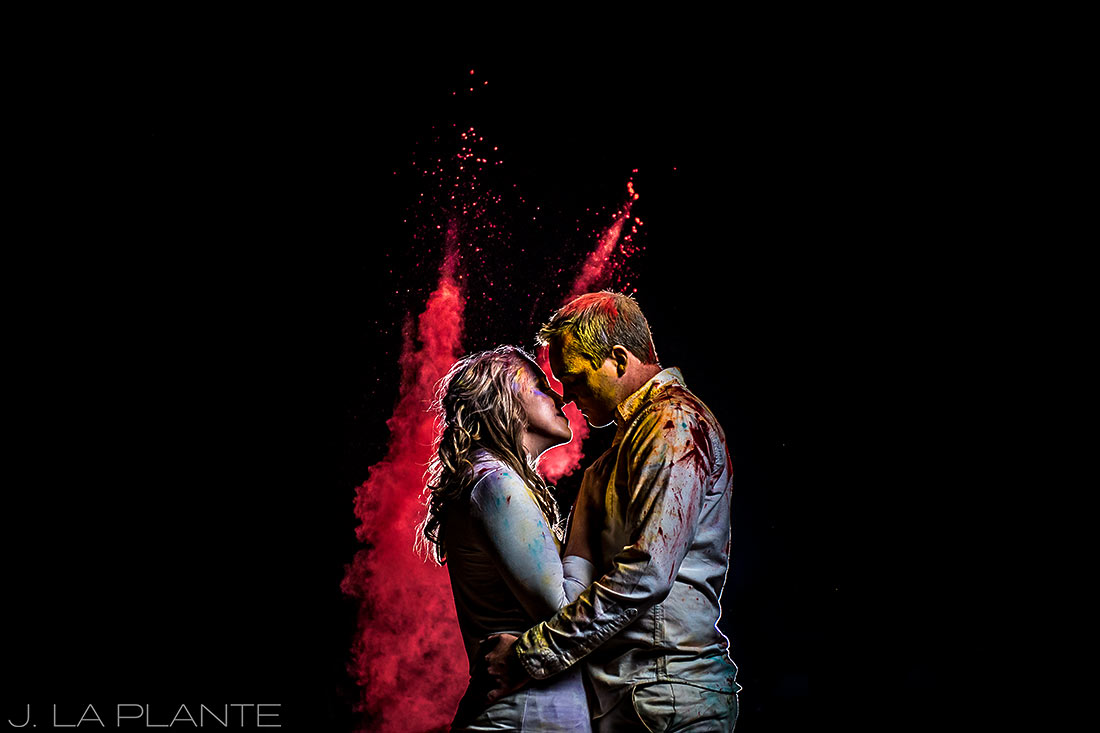 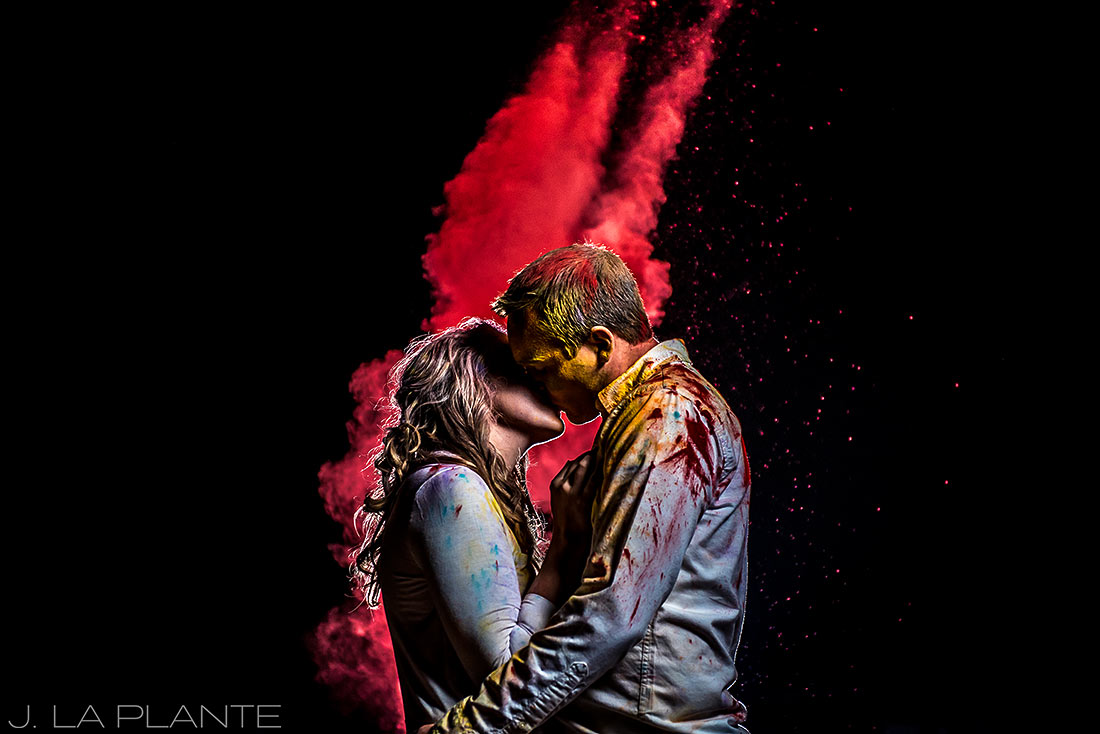 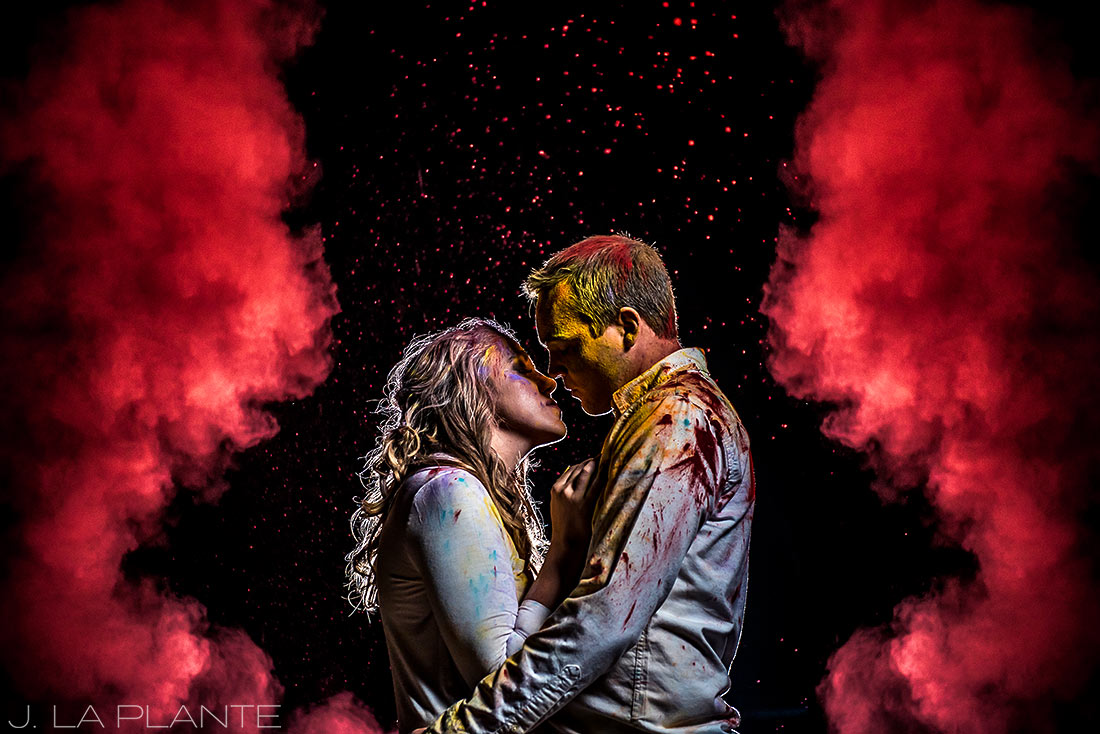 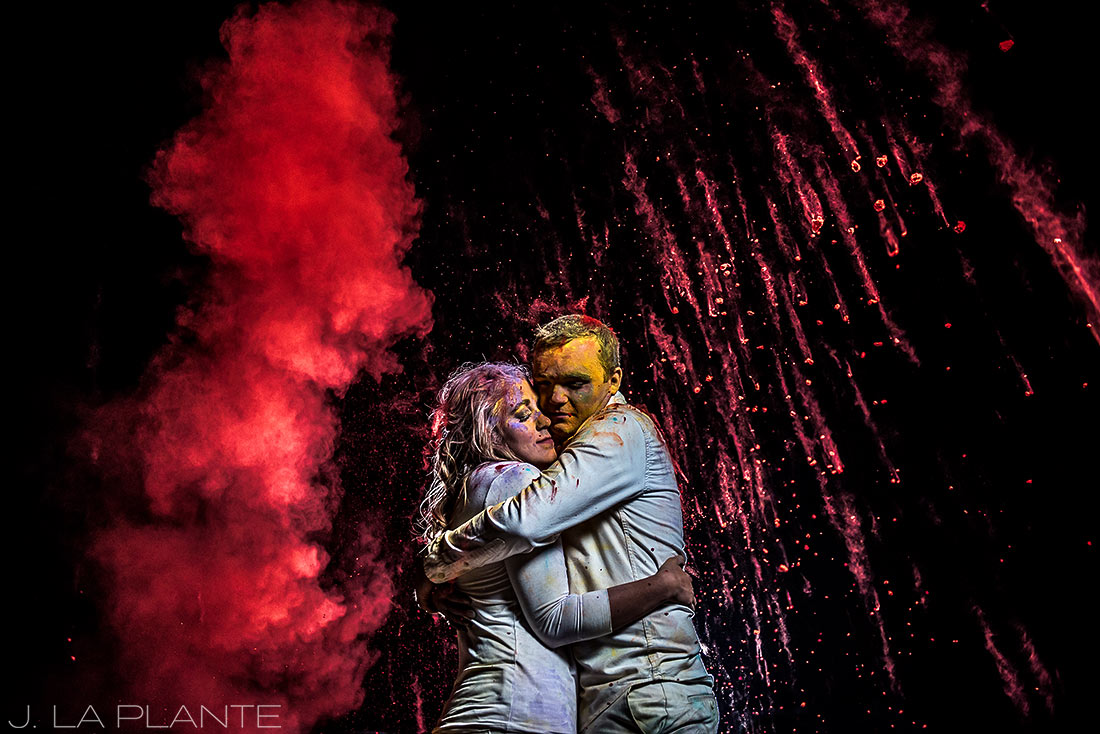 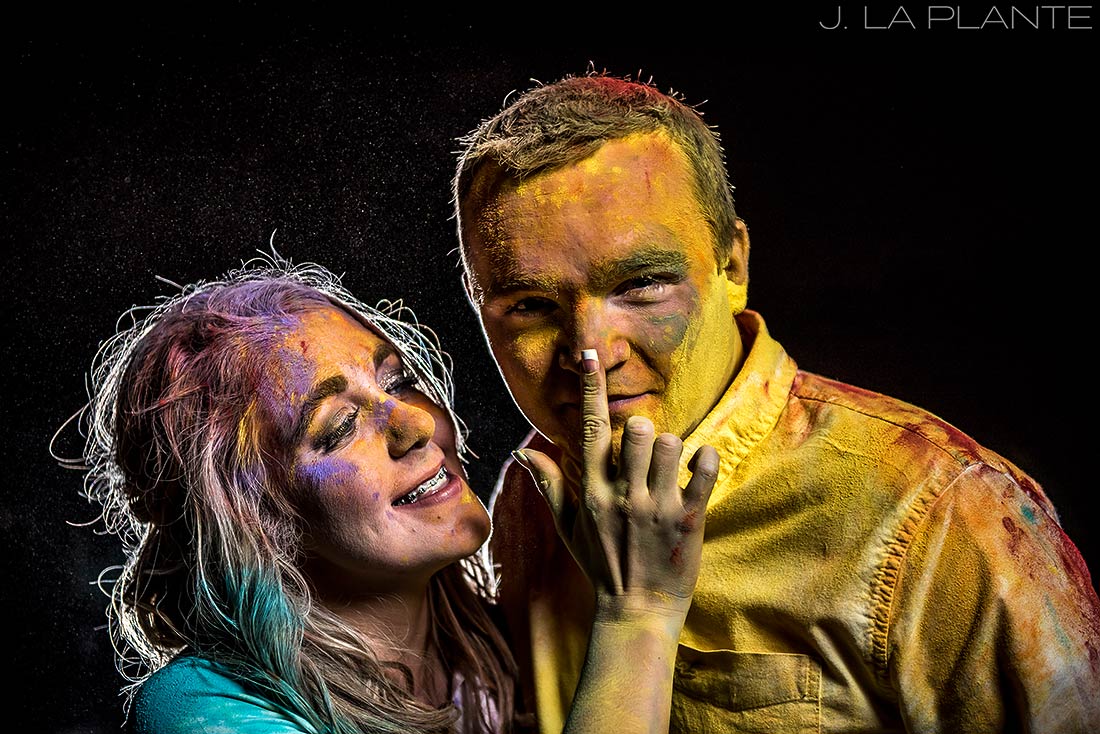 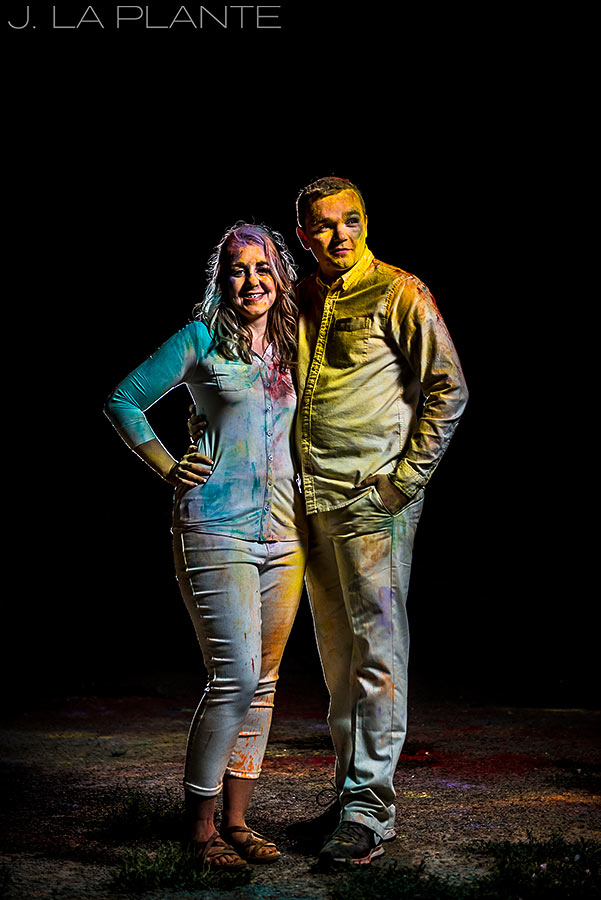 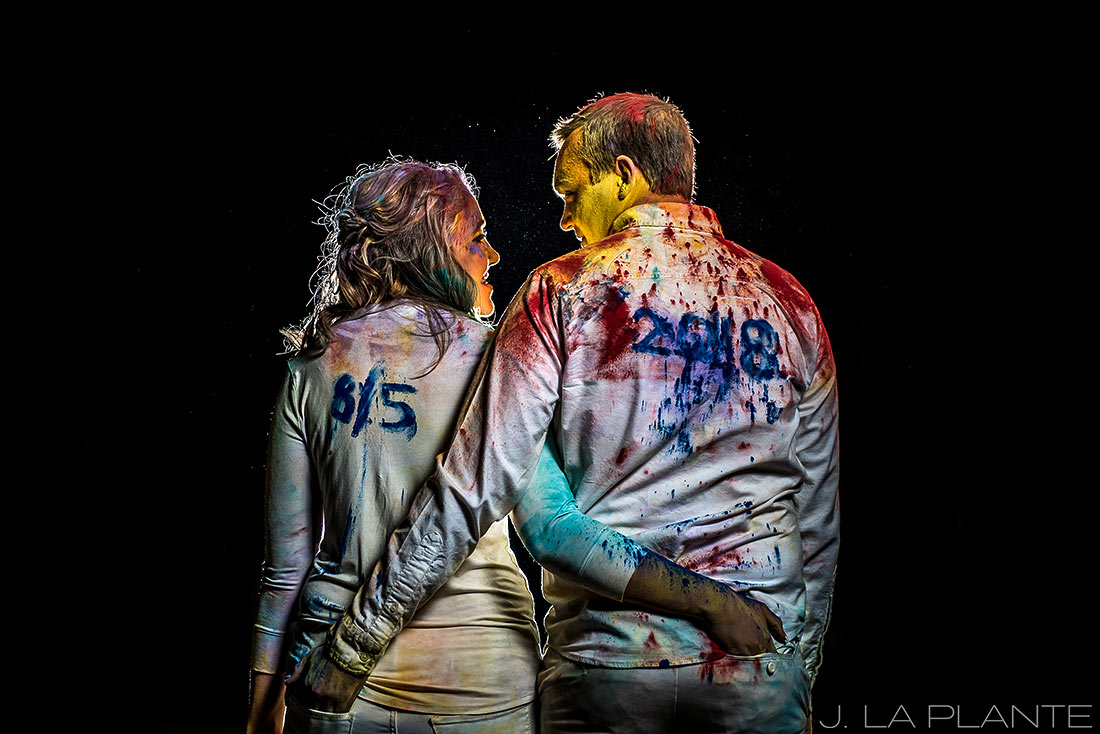