Kirsten and Mike’s mixed martial arts engagement session was a wonderfully collaborative experience. As owners of and coaches at MMA gym The Training Camp, it was a no-brainer to highlight that aspect of their life during their engagement shoot. But we also had an idea that had been simmering for a while and suspected that they were the perfect couple to try it with. The result? A mixed martial arts engagement session followed by some fun with champagne bottles!

We showed up at their gym just as the last class of the day was wrapping up; sweat-soaked students were filtering out as we brought in our camera and lighting equipment. Kirsten gave us a quick tour and then left us to formulate our game plan. With a boxing ring, sparring cage, and kickboxing room, we had ideas to last us well into the night.

After Kirsten and Mike changed into the traditional Brazilian Jiu Jitsu gi, we eased into the shoot with what we dubbed the ESPN shot. You’ve seen it before…the badass back-to-back pose that goes on all the fight posters. The couple warmed up a bit and then showed us some BJJ, which features ground fighting. I won’t lie…I was probably of less use to Jesse than I usually am because I was so interested in watching what they were doing.

Next, we moved on to the boxing ring to see some Muay Thai, the official sport of Thailand. Muay Thai is steeped in tradition and woven tightly in with the Thai culture. Kirsten put on some traditional Thai music so the two of them could demonstrate the wai khru ram muay (or “war dance saluting the teacher”). Then, they showed why Muay Thai is known as the “Art of Eight Limbs” – you can see my personal favorite move, the Flying Knee, in photos 6 & 7.

We wrapped up the more physically demanding part of the shoot in the kickboxing room with a few posed photos and some more sparring before executing a costume change and heading outside to pop some bottles. Enjoy! 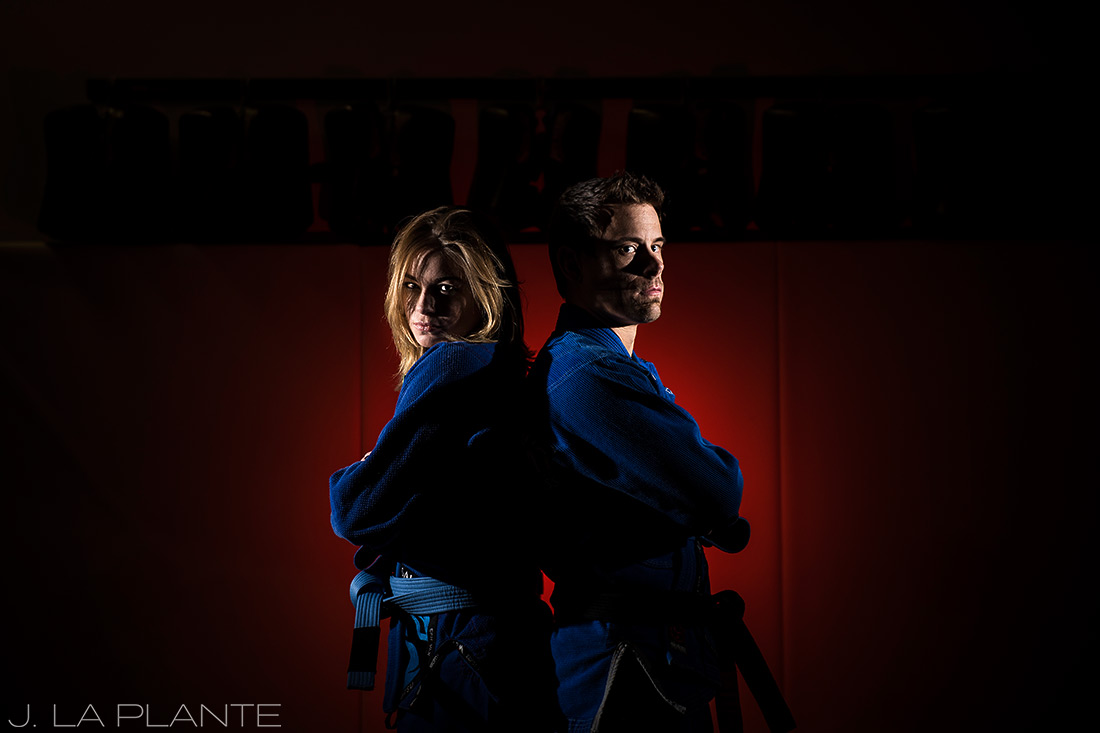 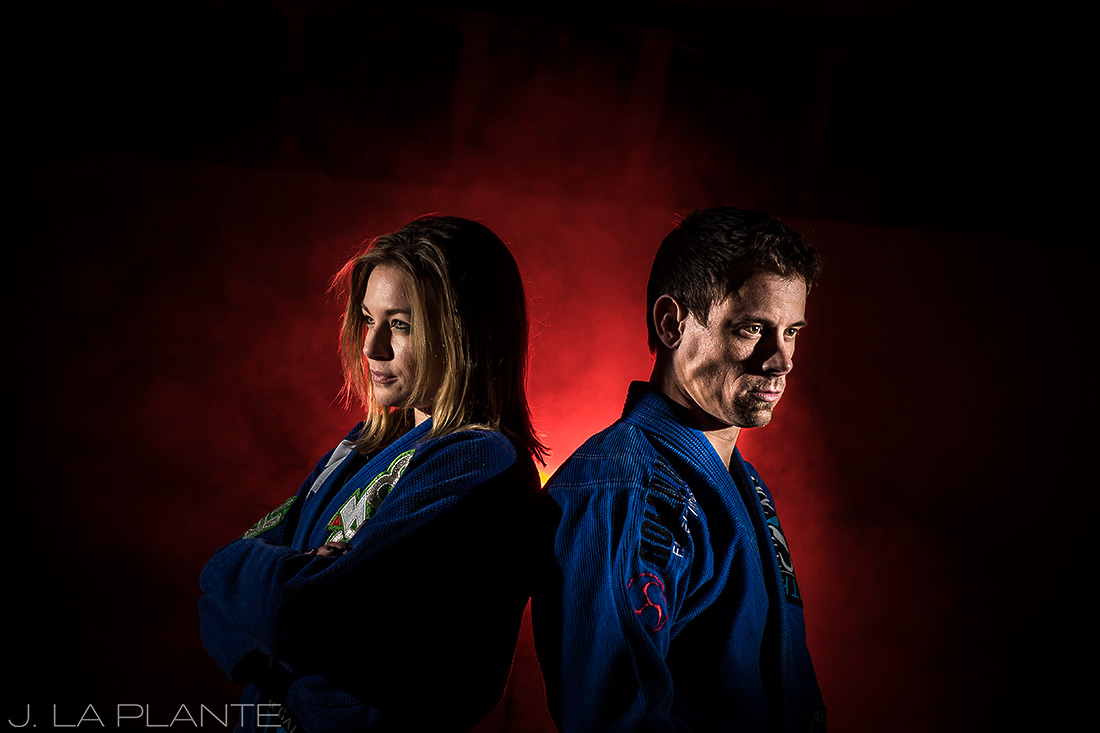 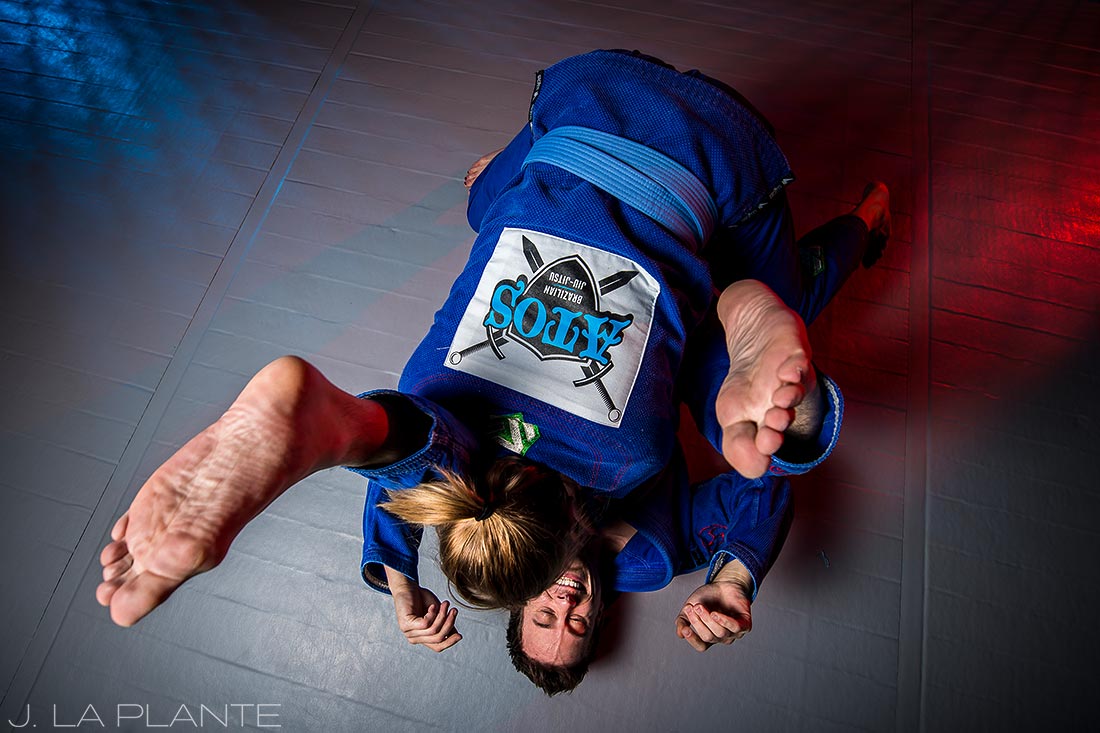 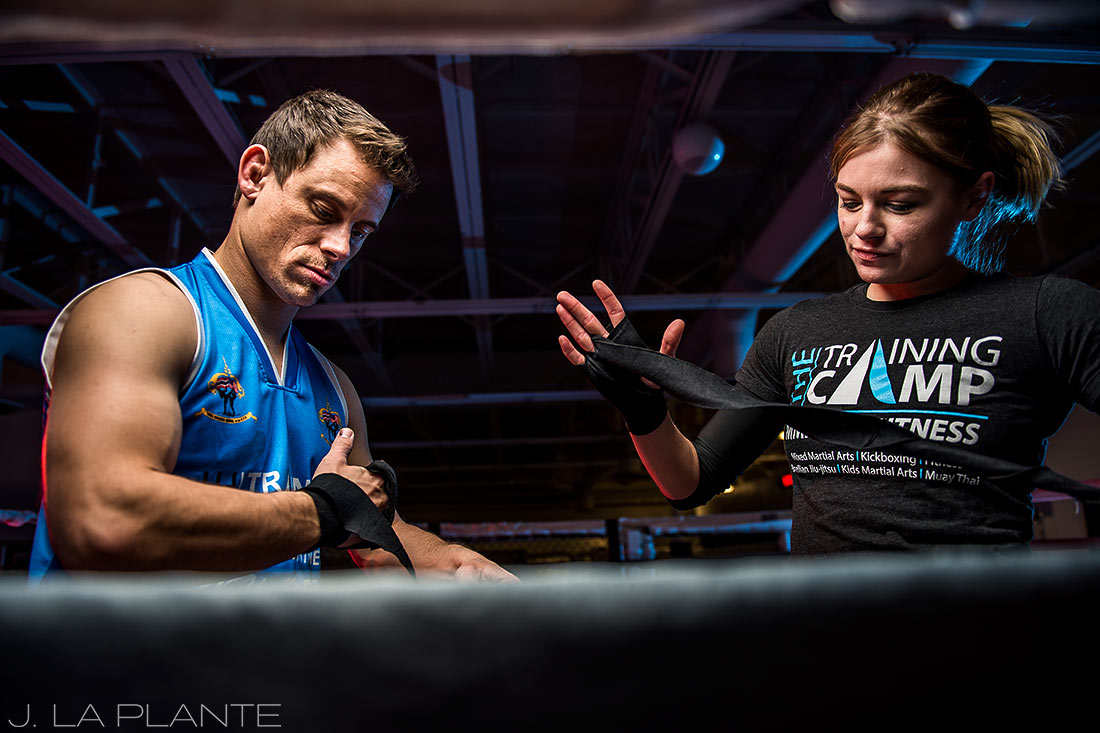 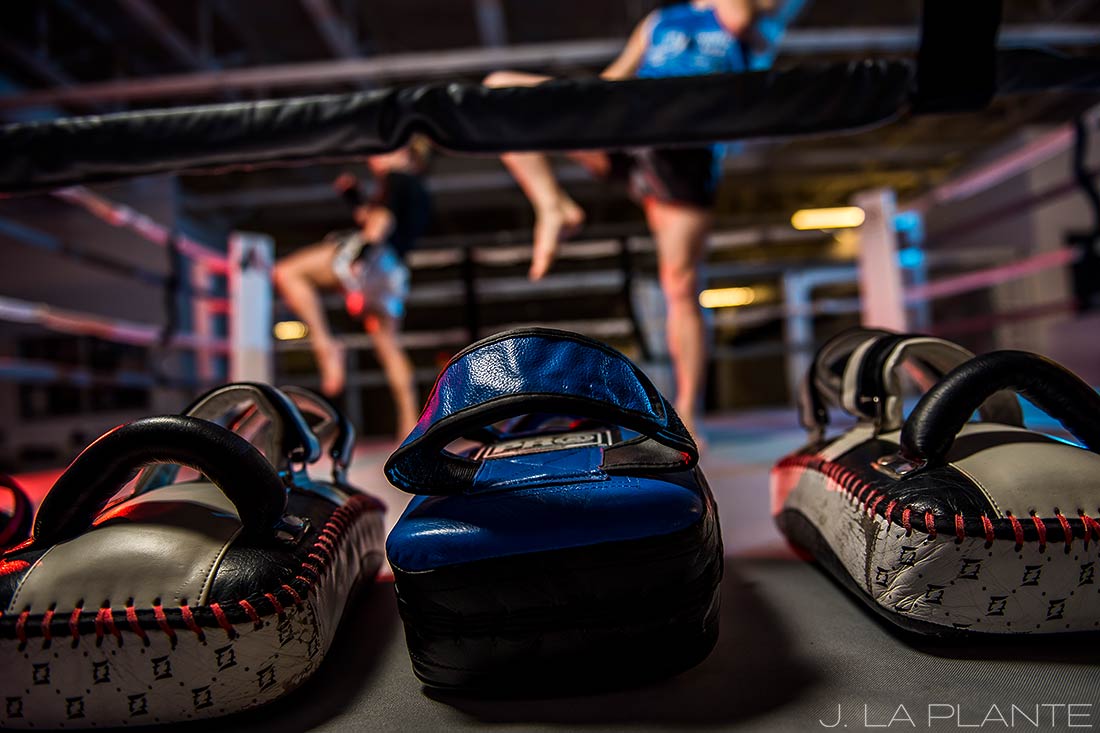 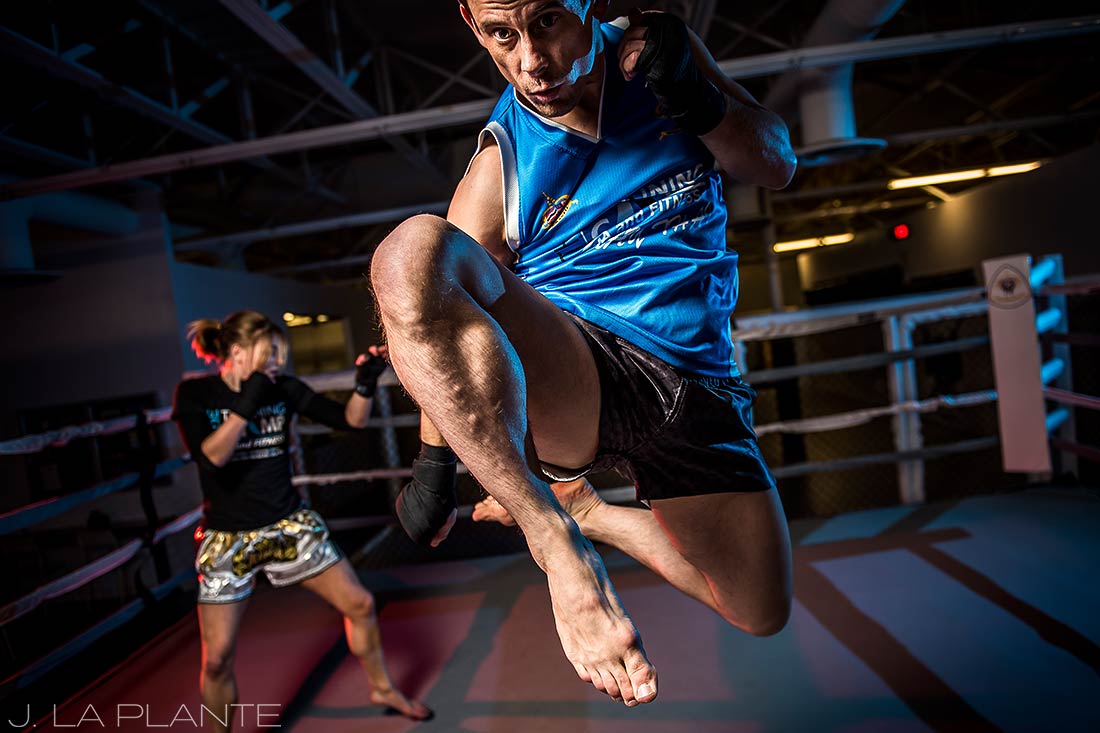 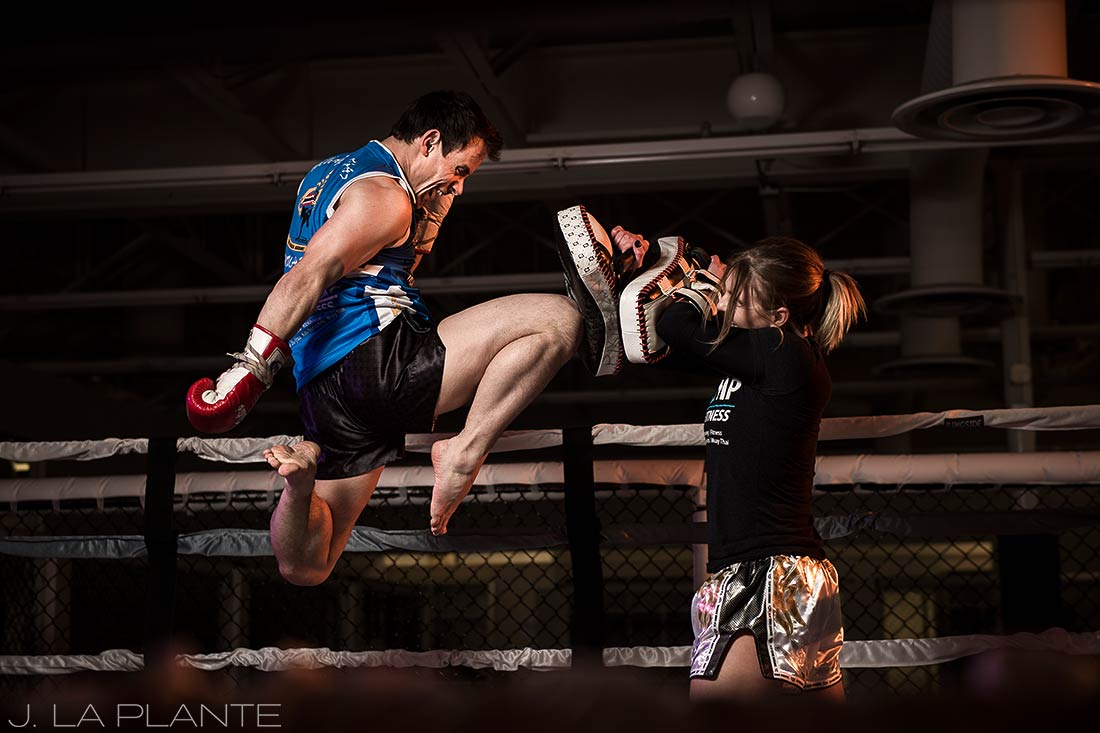 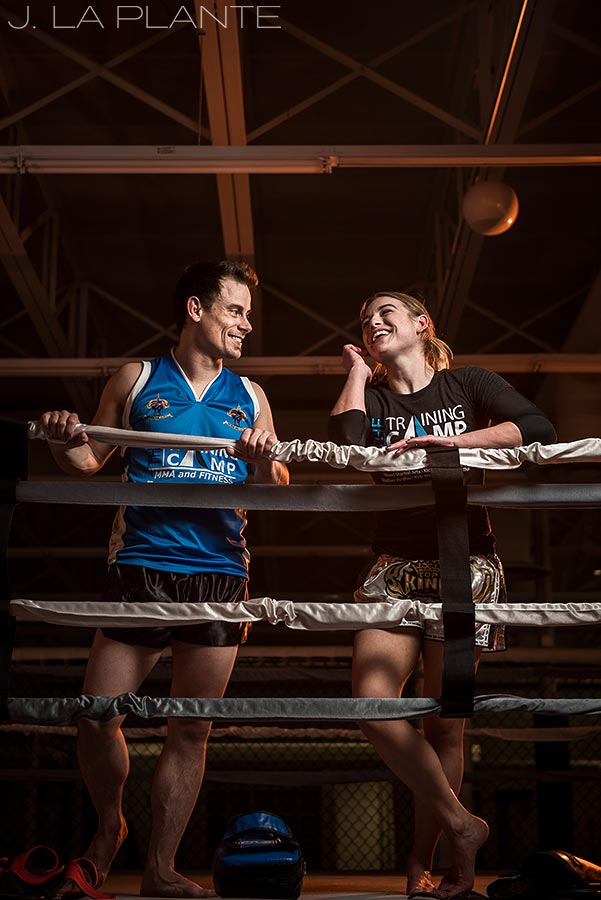 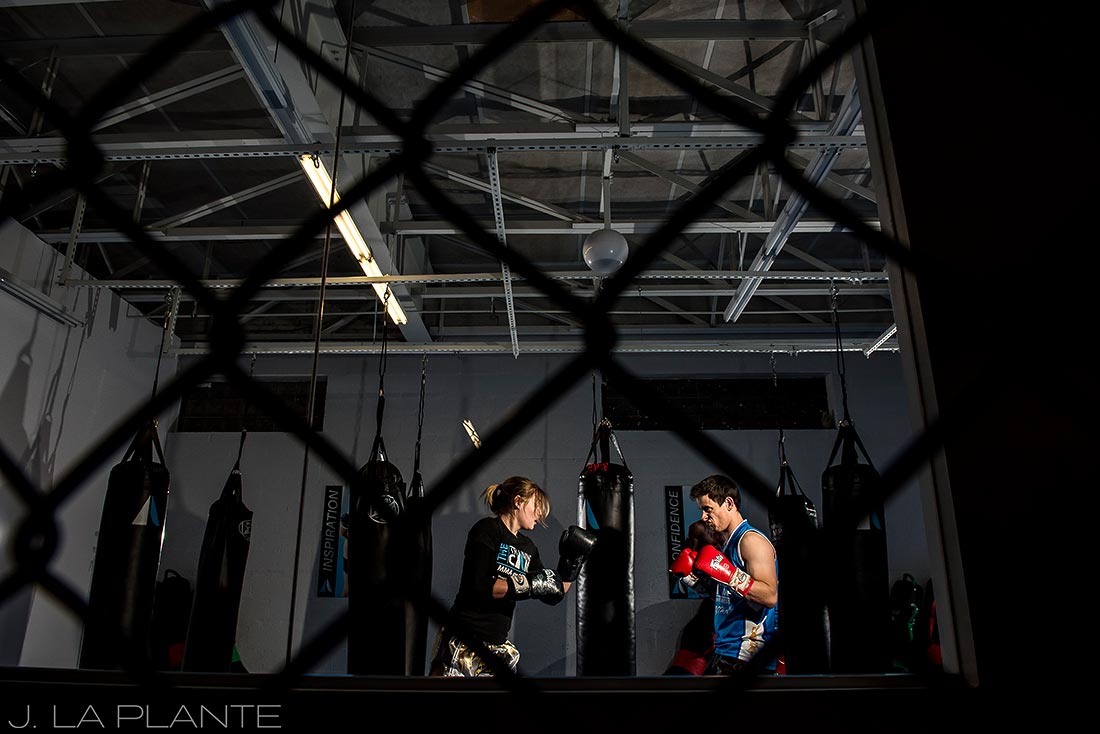 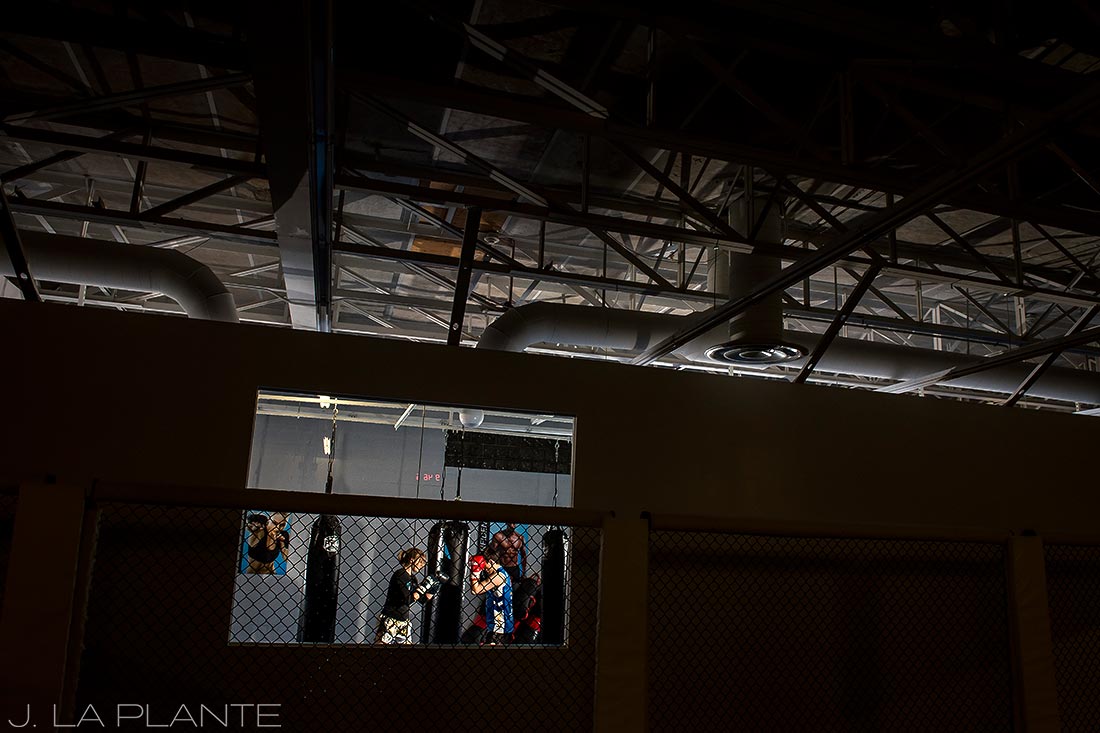 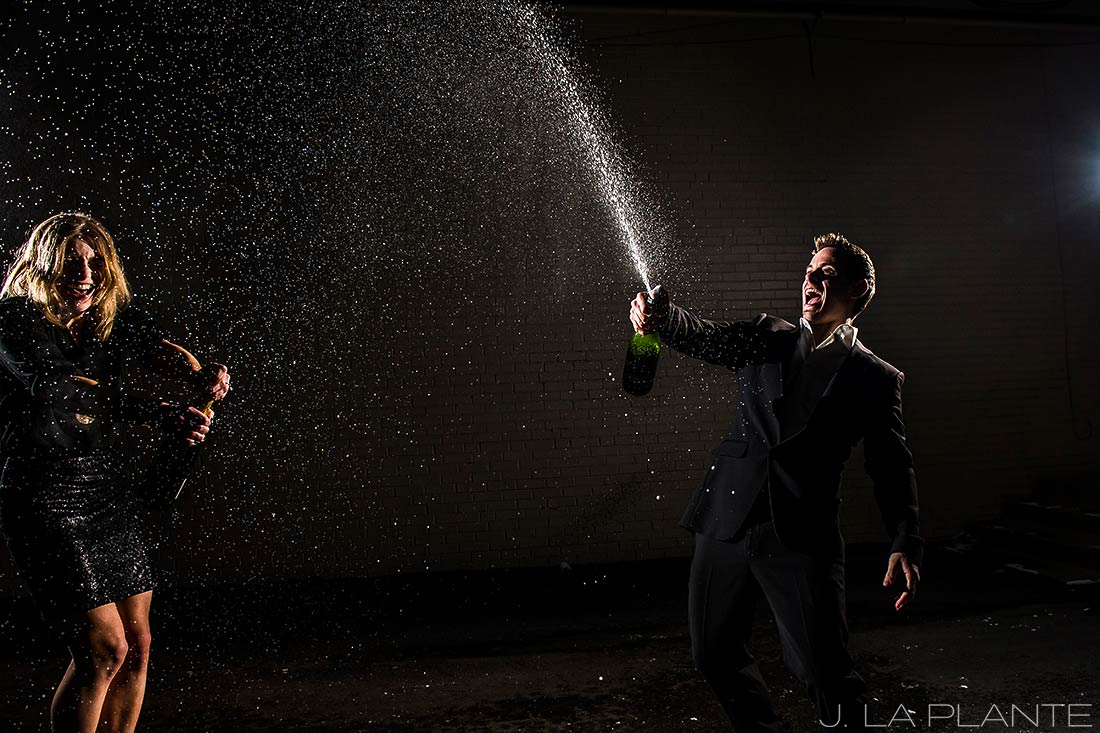 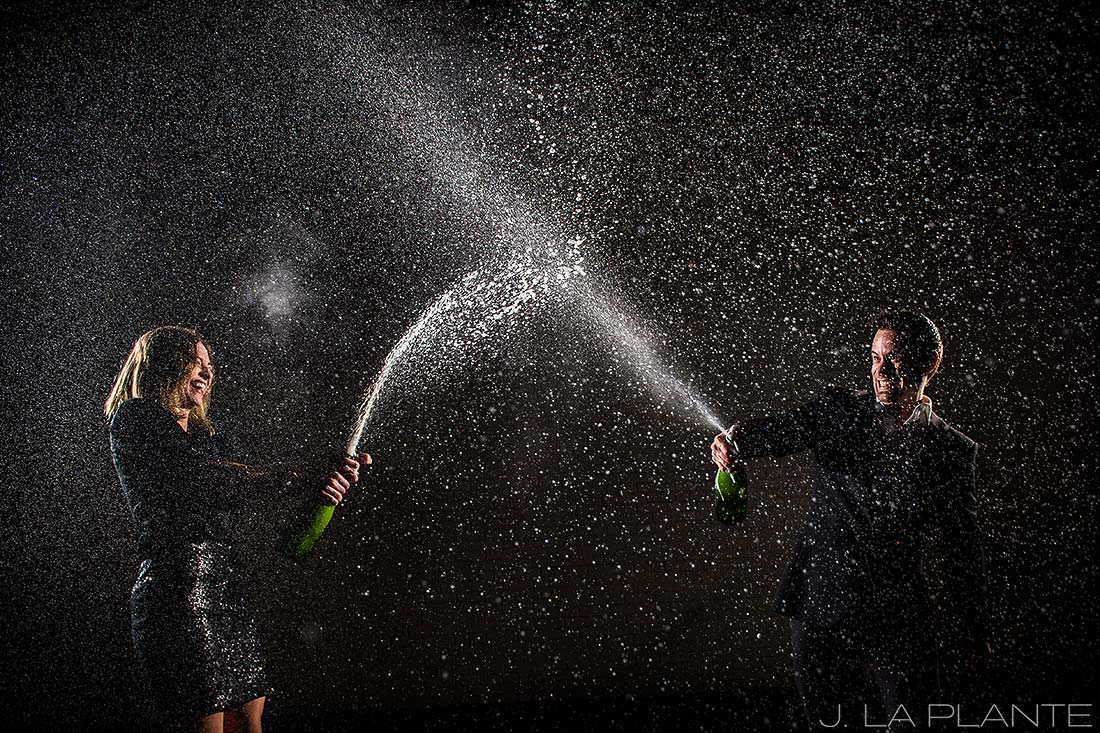 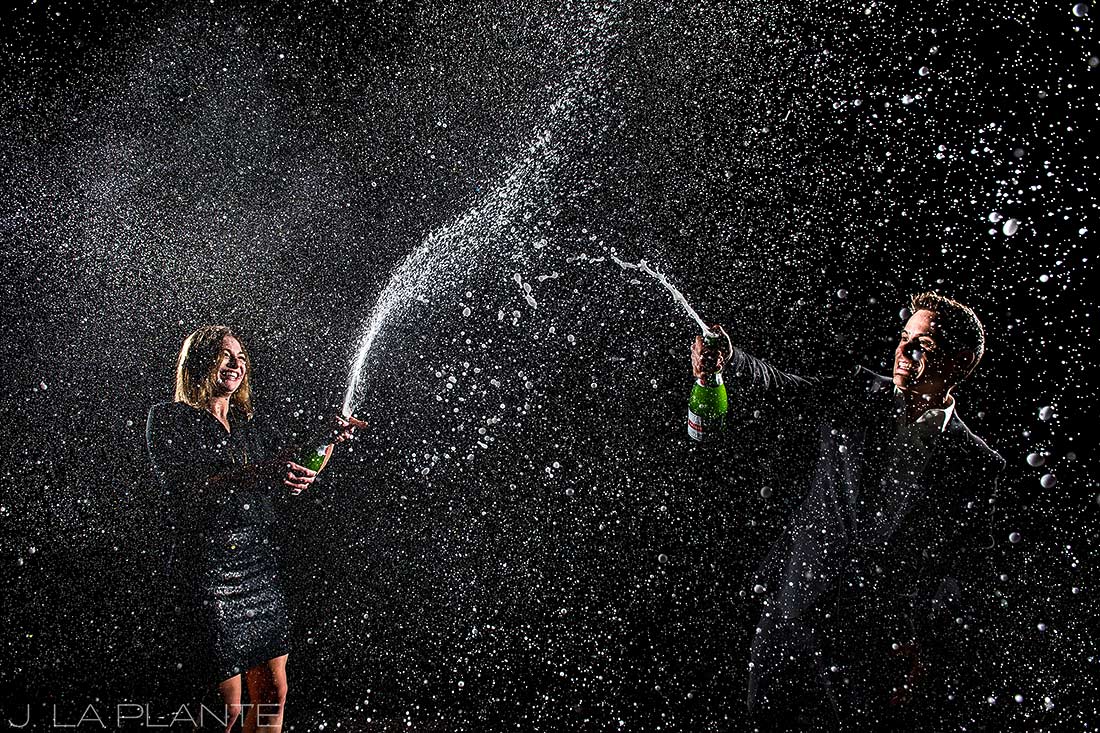