I’ve been on a gondola or two in my day. But I’ve never experienced a ride like the one we took for Hanna and Dan’s Royal Gorge engagement session. Traveling almost 1000 ft. above the raging Arkansas River, the aerial gondola that takes you from one side of the gorge to the other isn’t for the faint of heart. Luckily for us, Hanna and Dan were game to stand at the threshold of every single precipice we went to during their Alt Session.

Jesse and I have a tendency to push the envelope whenever we’re doing a photoshoot. We’ll start out with something “easy,” like a simple gondola ride 1000 ft. above a rocky canyon. Then we’ll up the ante a little bit by, say, having Hanna and Dan stand in the center of the bridge, near one of the sides. But as a couple gets more and more used to the adrenaline rush, we’ll keep pushing. Which is exactly how we got Hanna and Dan at the edge of the bridge, in the center of the gorge. The very obvious swaying of the bridge in gusty winds combined with the realization that the jogging path below was actually train tracks reminded all of us just how small we are on this big, beautiful planet.

So after that peak experience, we rewarded Hanna and Dan with a beer. Because they f*cking earned it.

But we weren’t yet finished with this Royal Gorge engagement! Jesse and I had spent the morning scouting the entire Cañon City area. We had three more locations picked out and we just couldn’t say no to any of them:  a rocky edge of the gorge with no guardrail, a one-way road along a craggy ridge with steep drops to either side, and the spookiest tunnel I’ve ever been in. Even as we hit hour four of the shoot, Hanna and Dan still eagerly agreed to do every stomach-dropping, heart-stopping, hold-your-breath-until-it’s-over request we threw at them.

Hanna and Dan, thank you so much for chasing adrenaline with us last weekend! Apologies for all of my awful jokes; I promise to have more material ready in time for your wedding. We can’t wait for July! 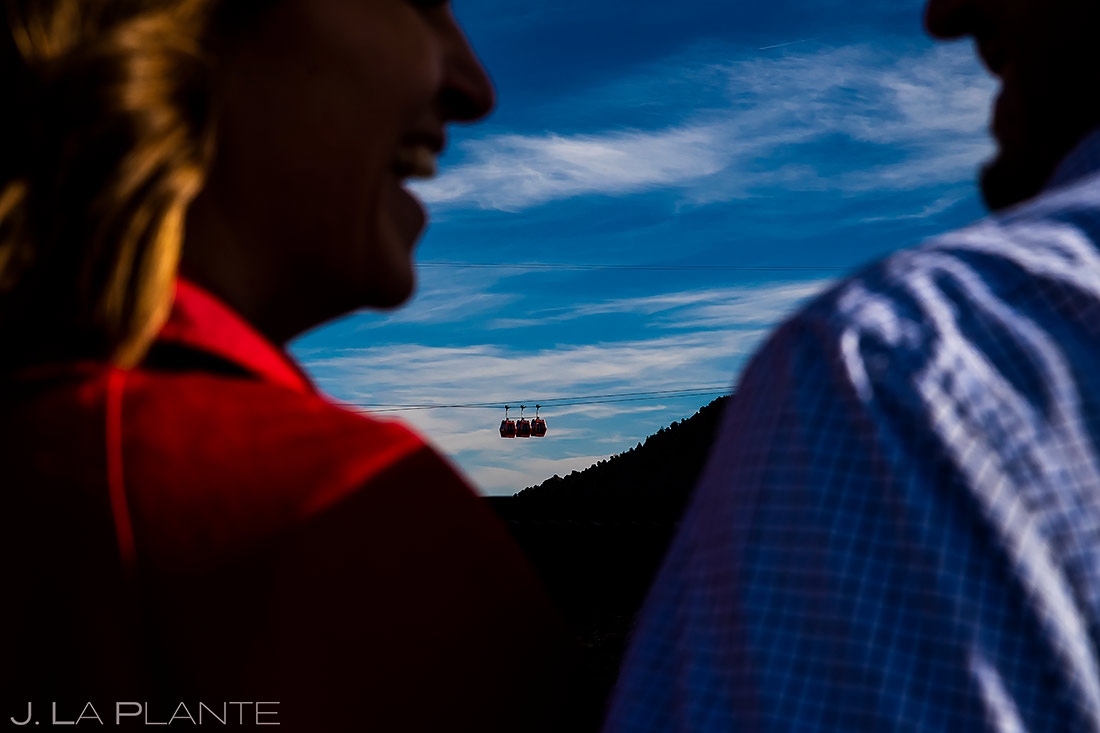 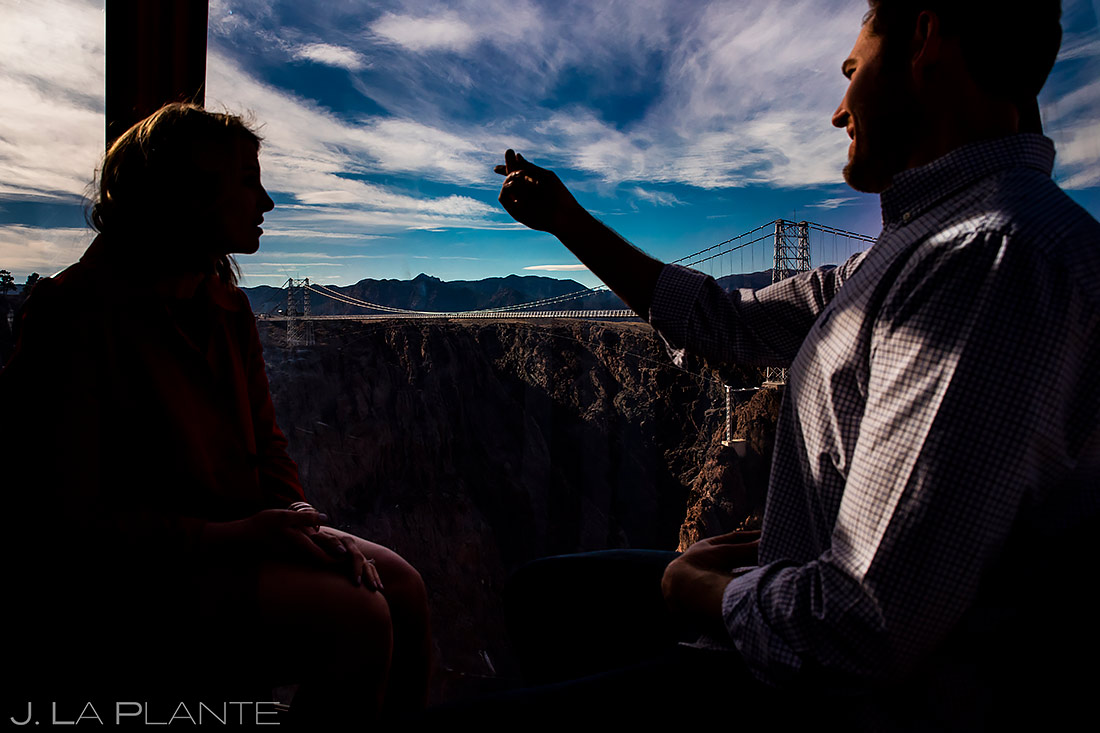 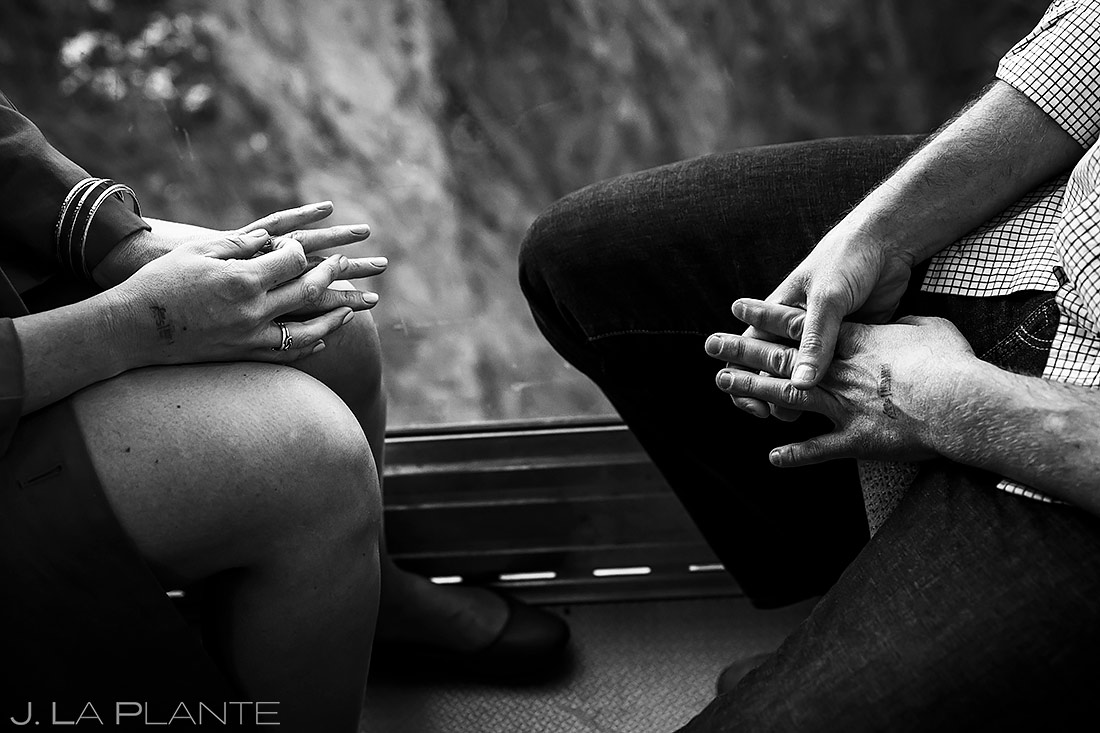 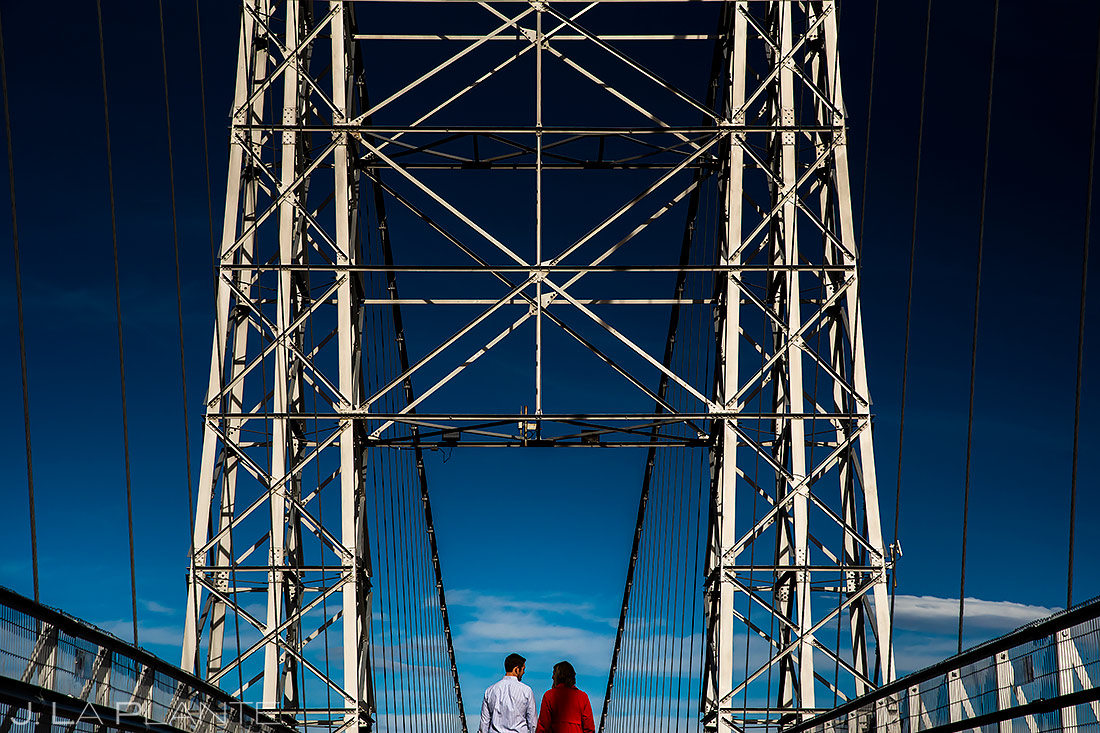 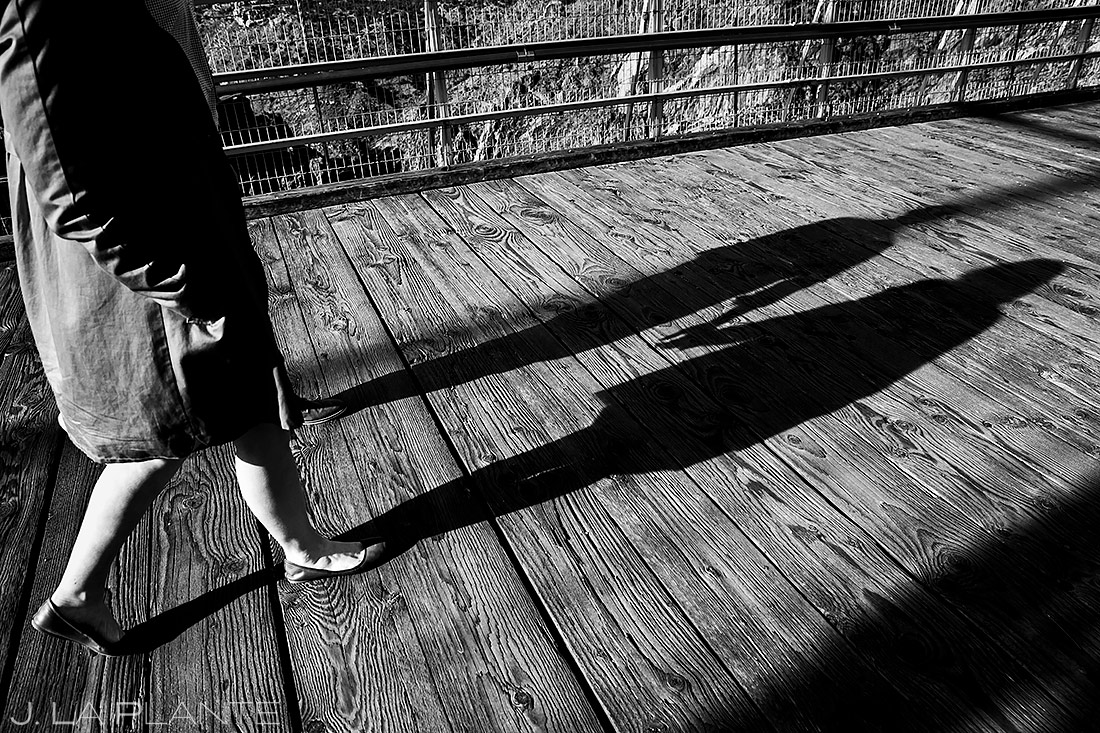 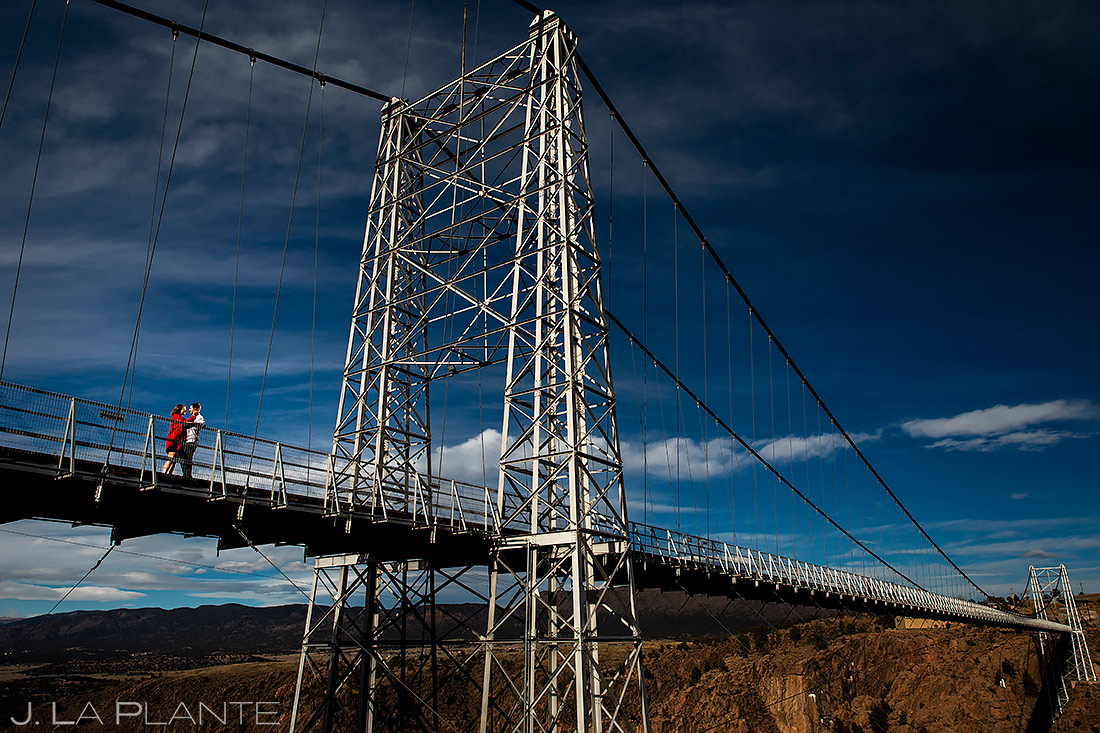 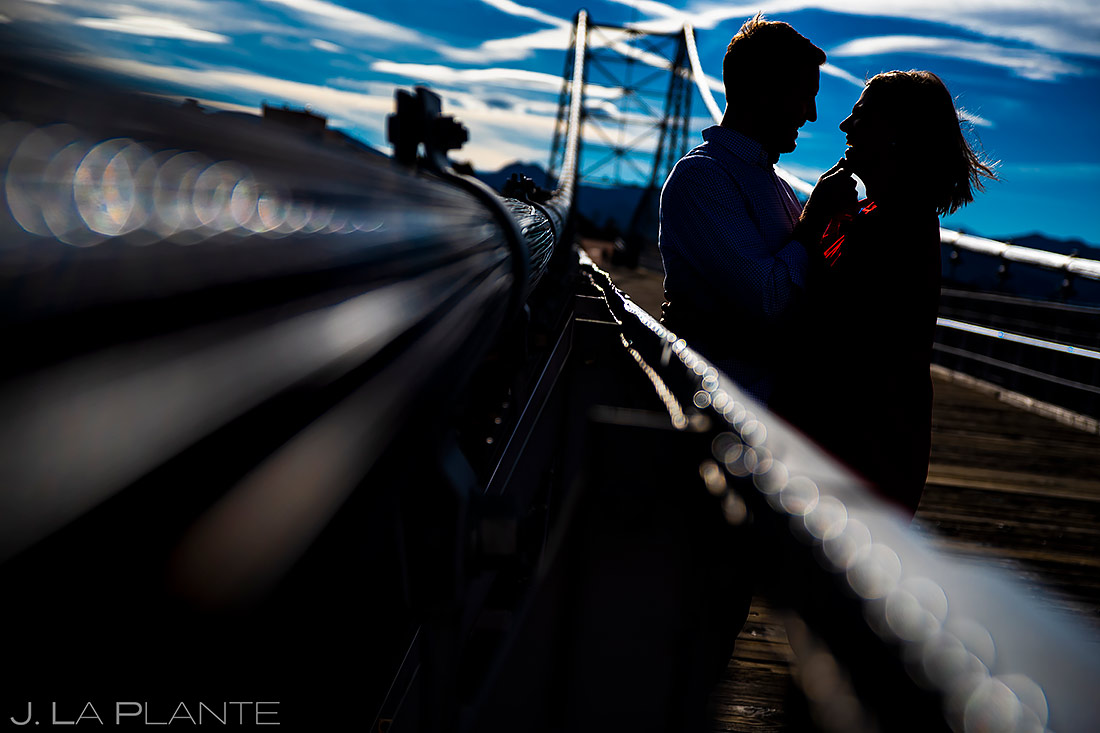 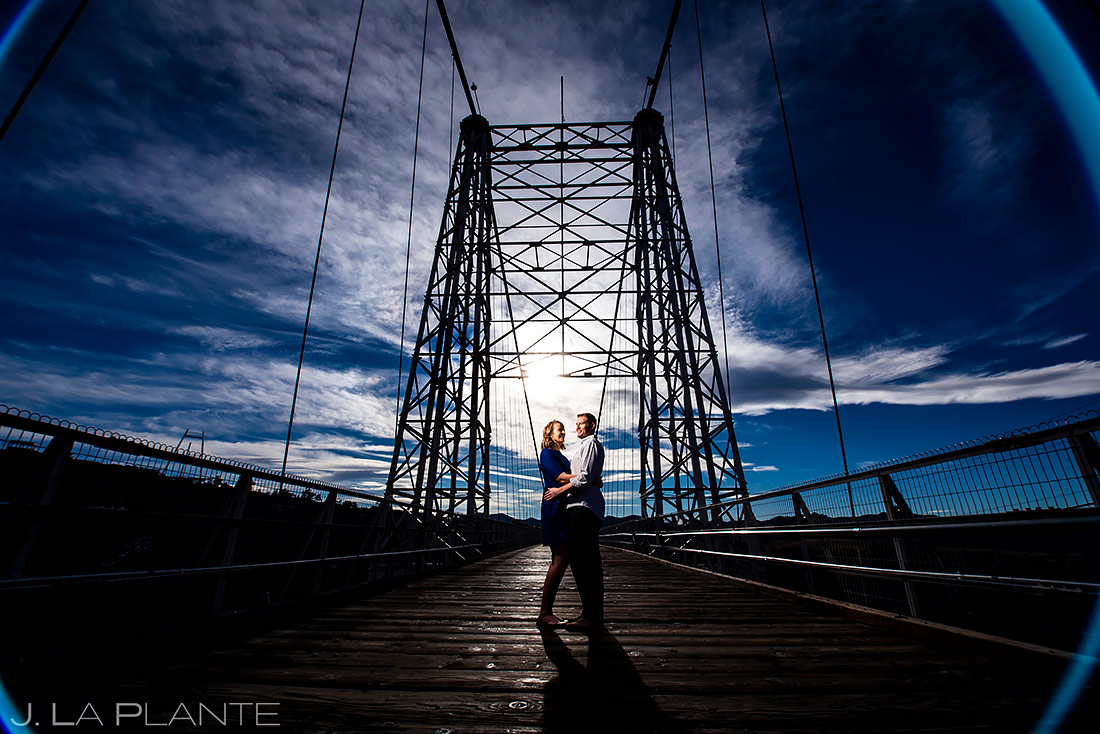 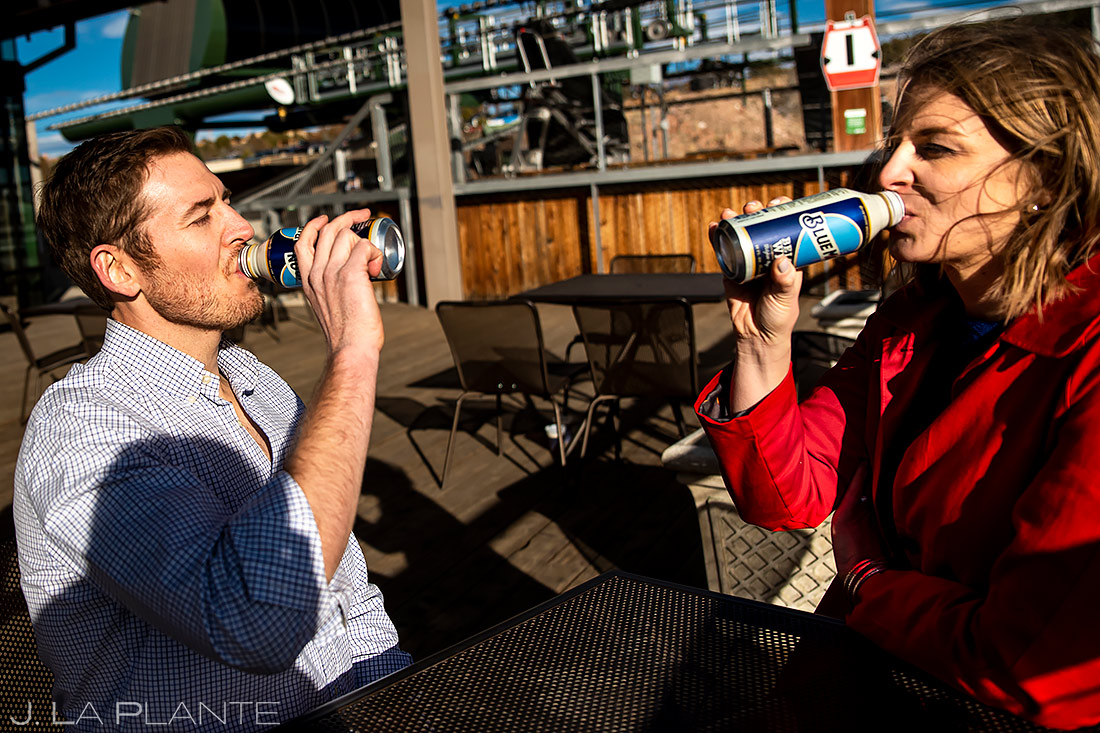 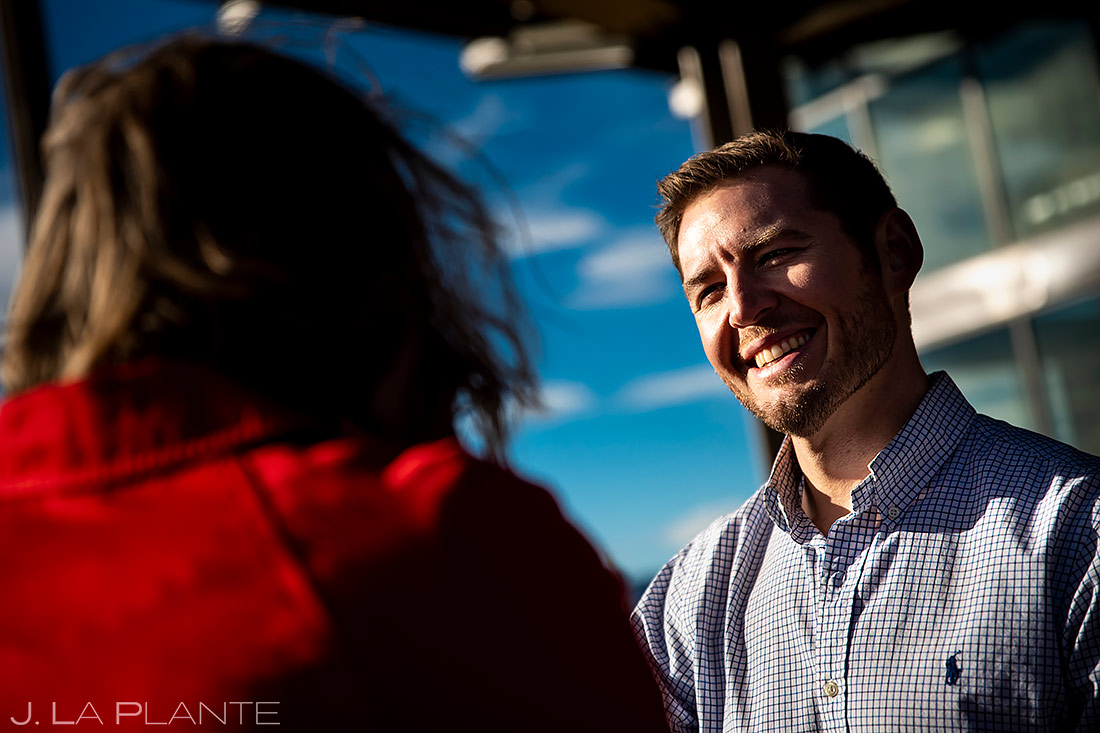 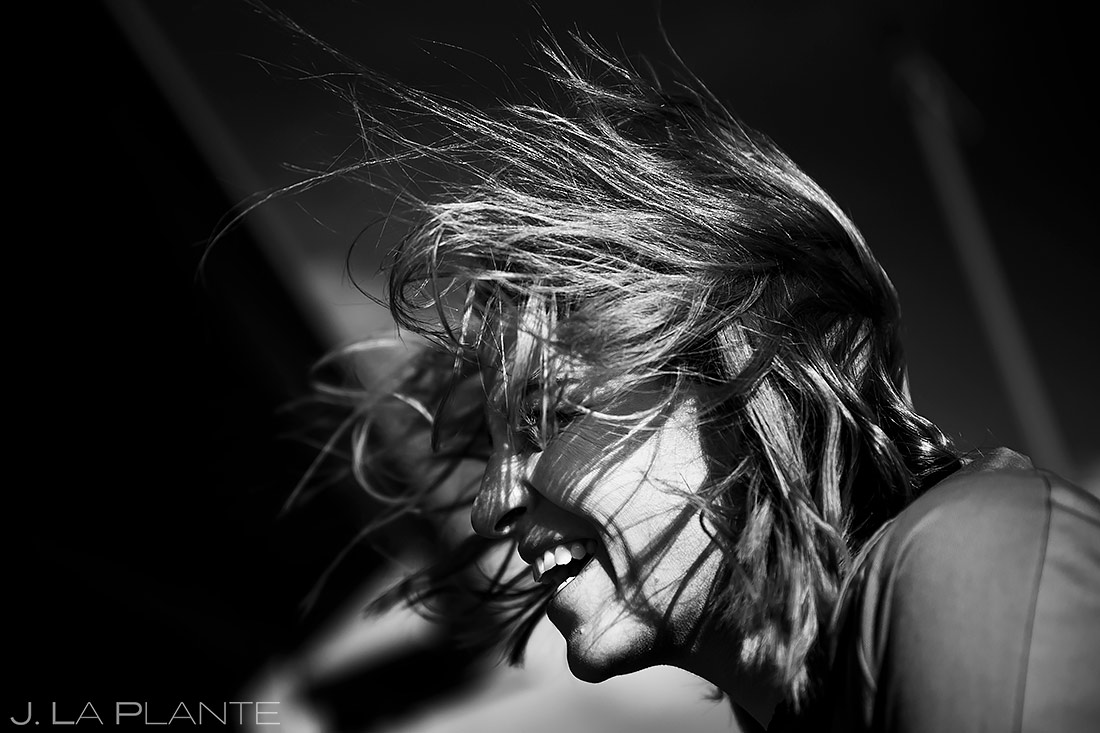 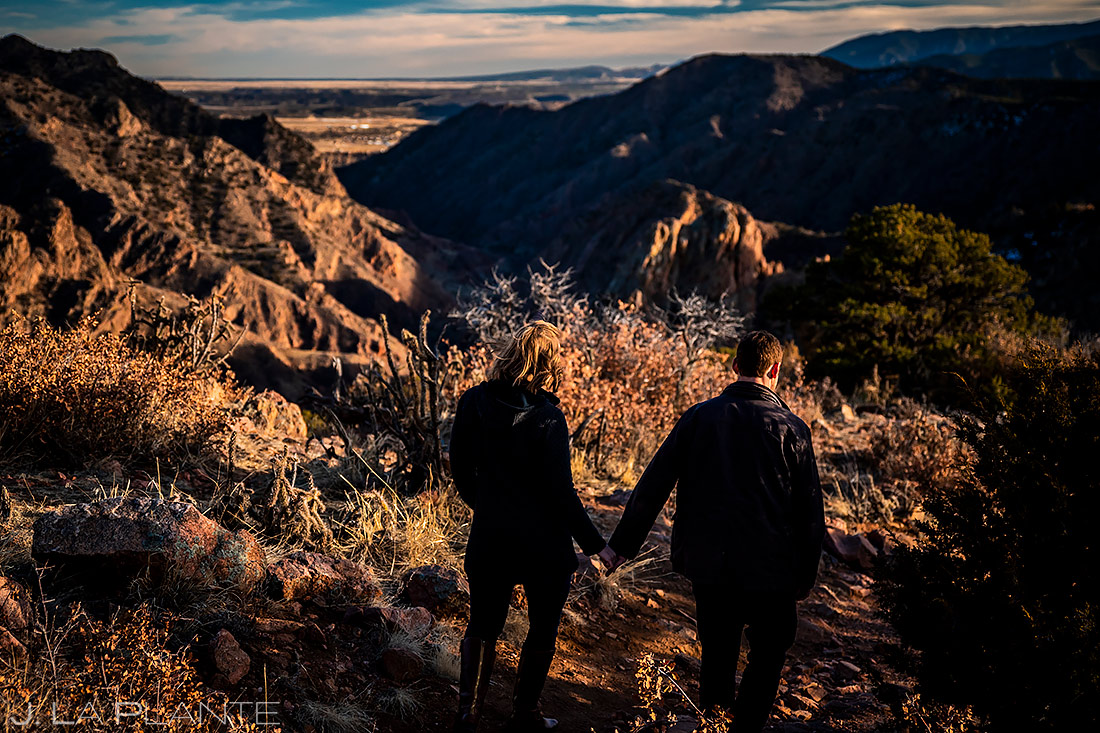 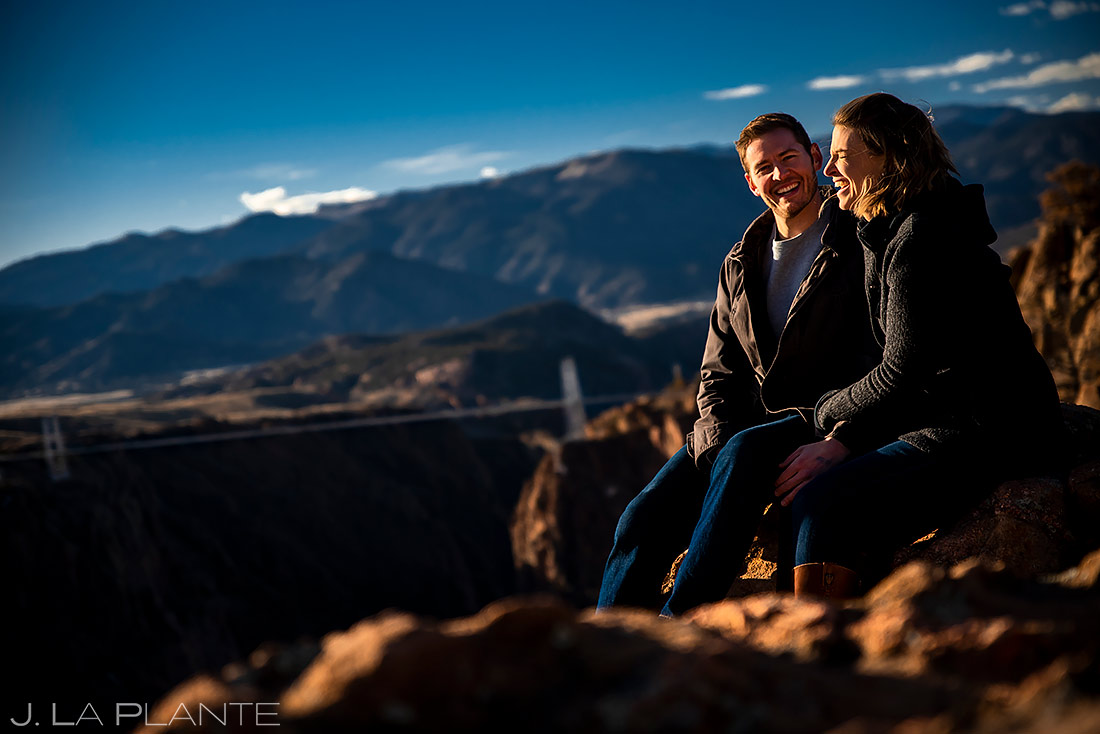 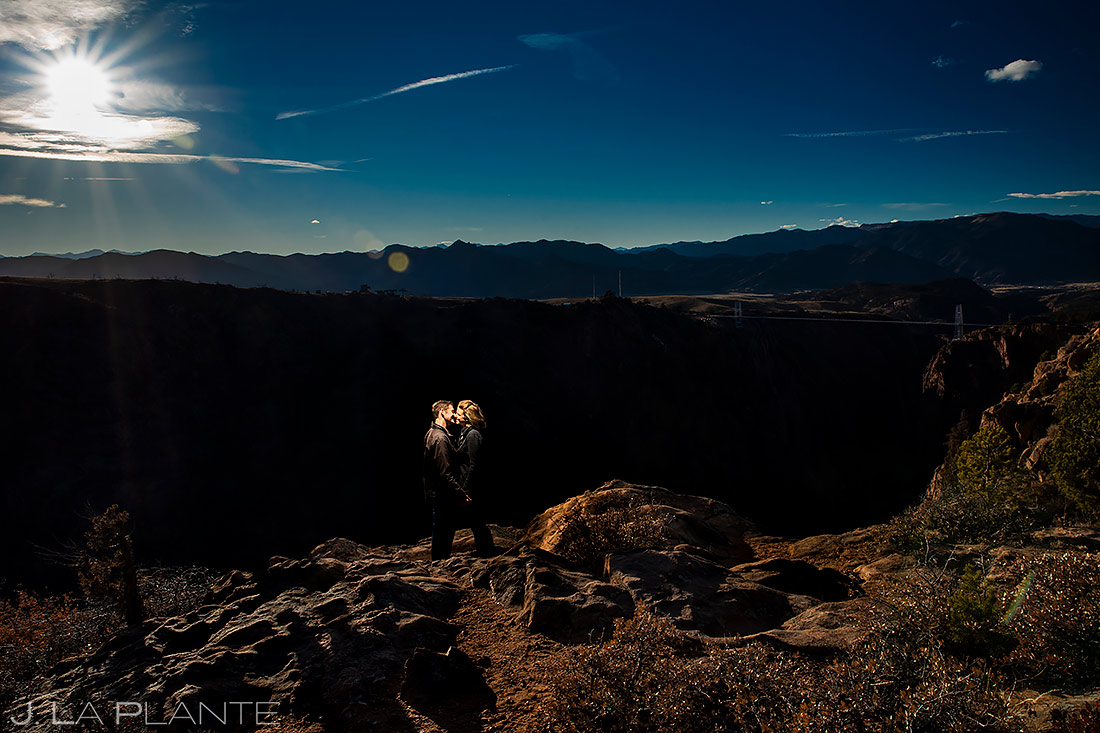 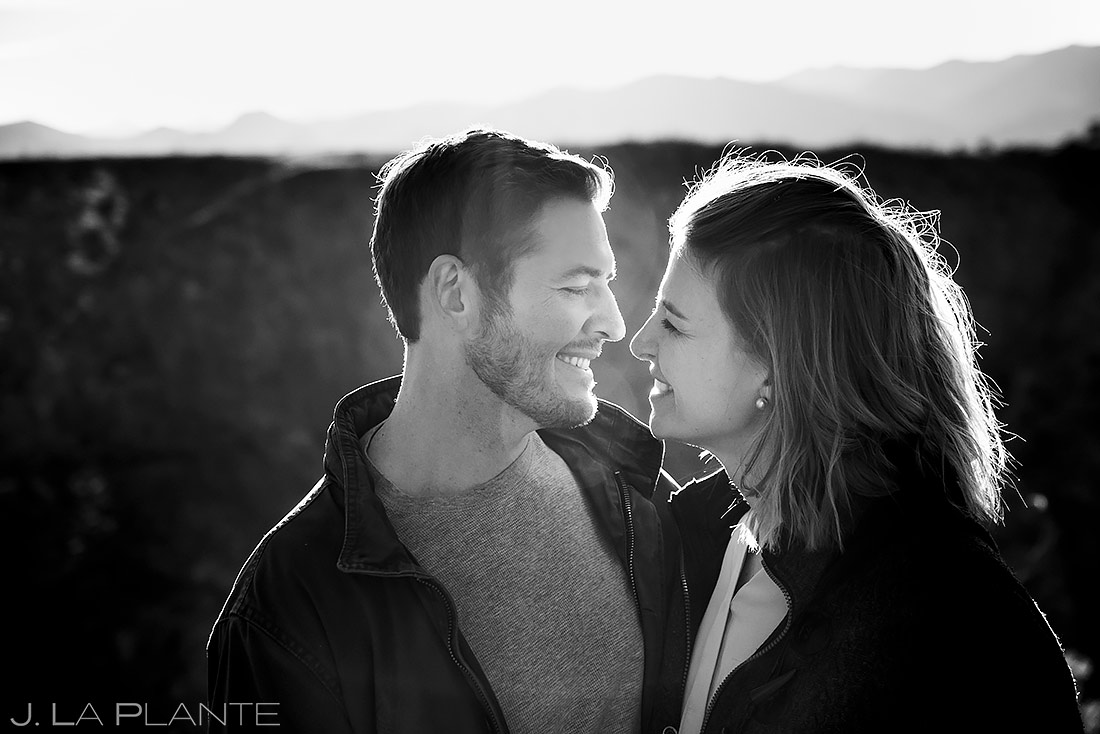 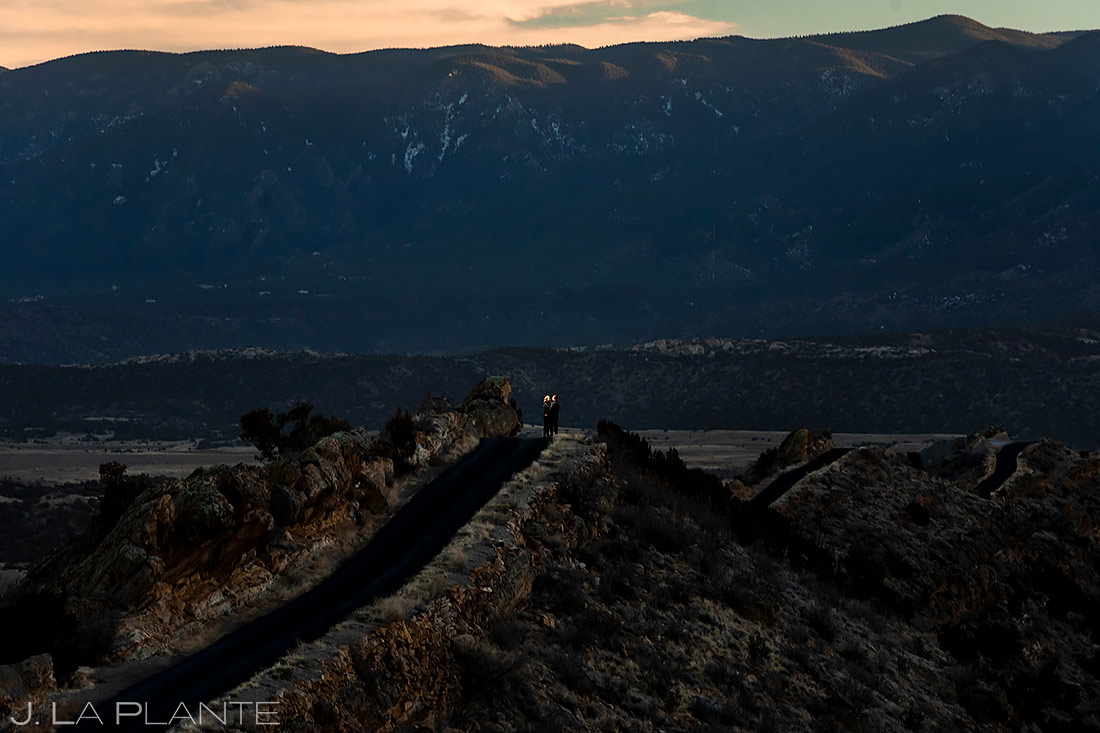 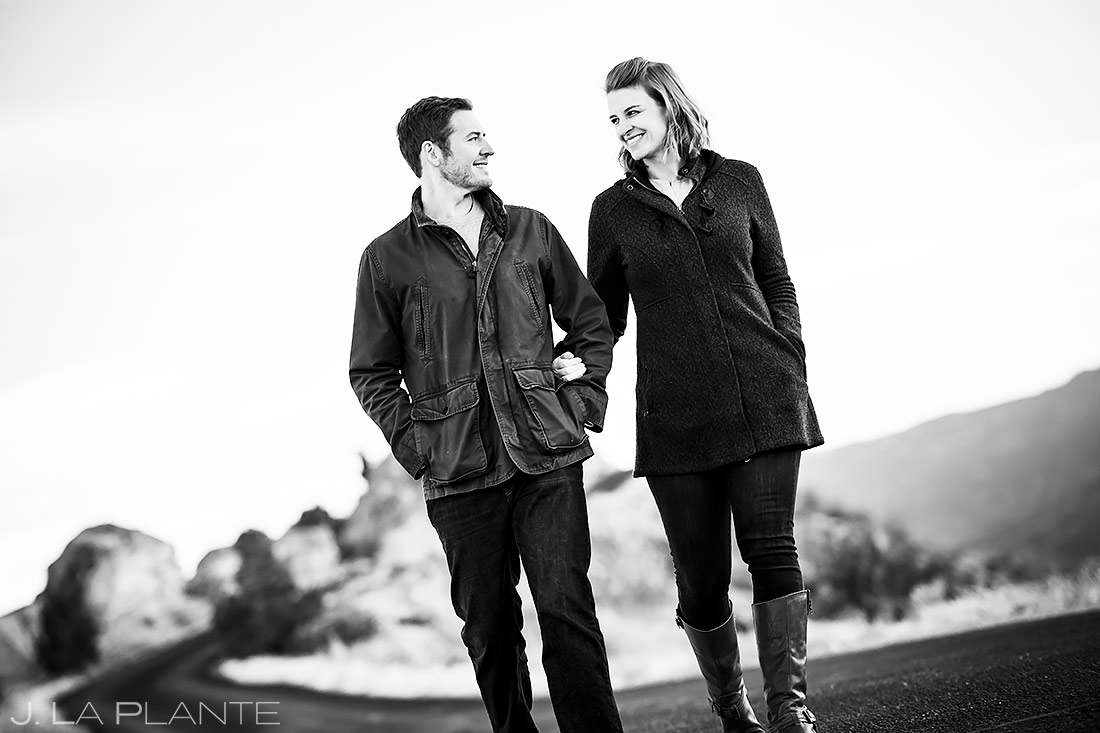 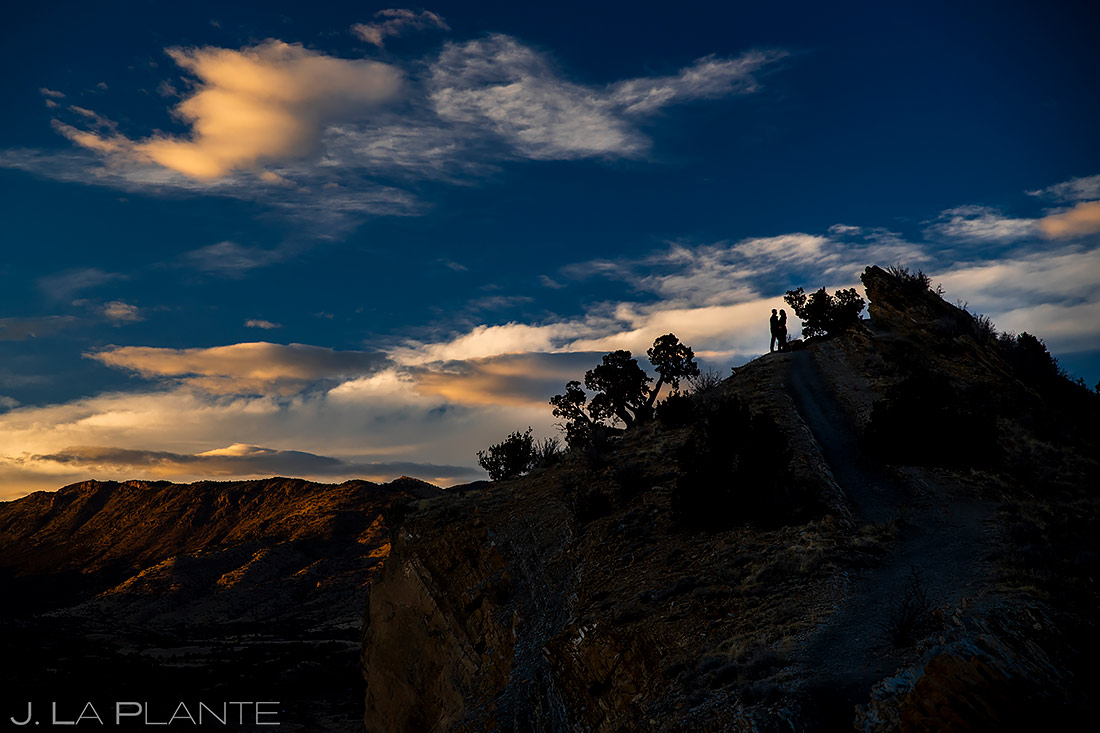 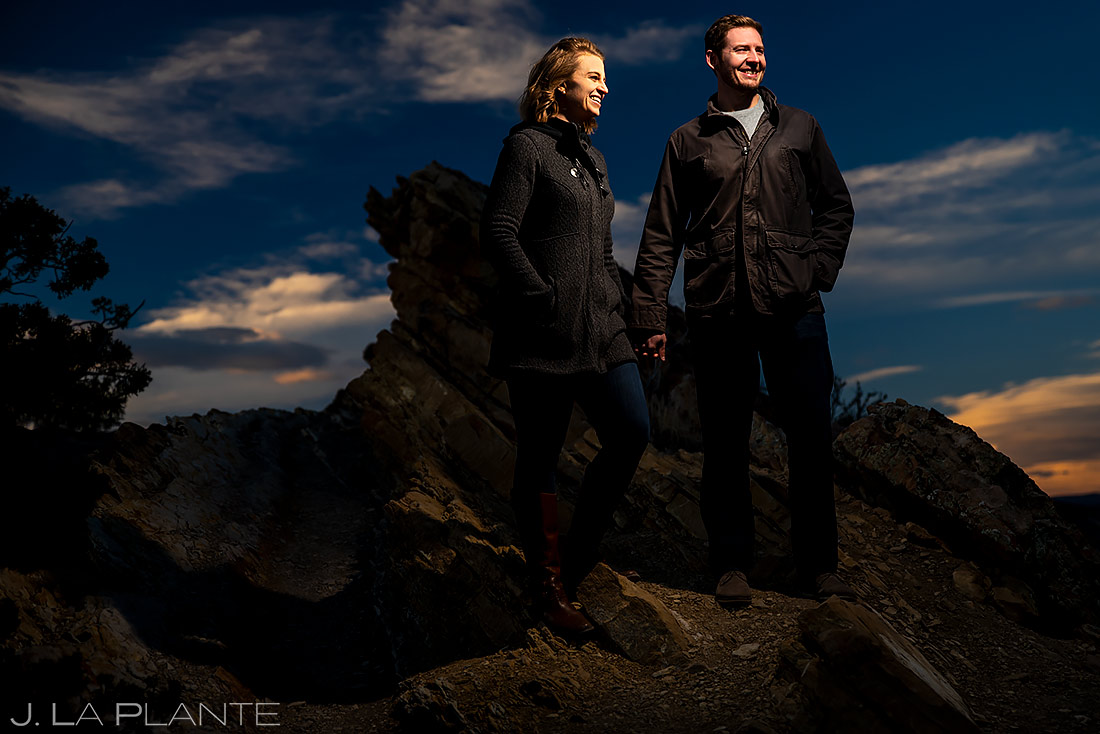 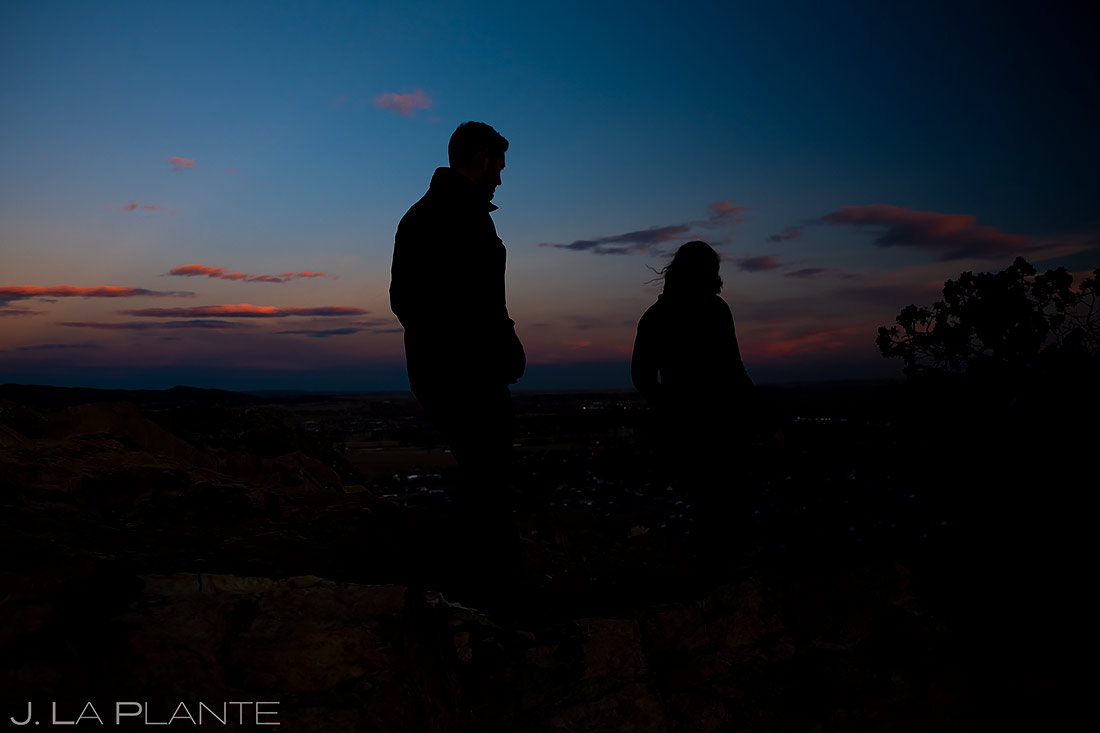 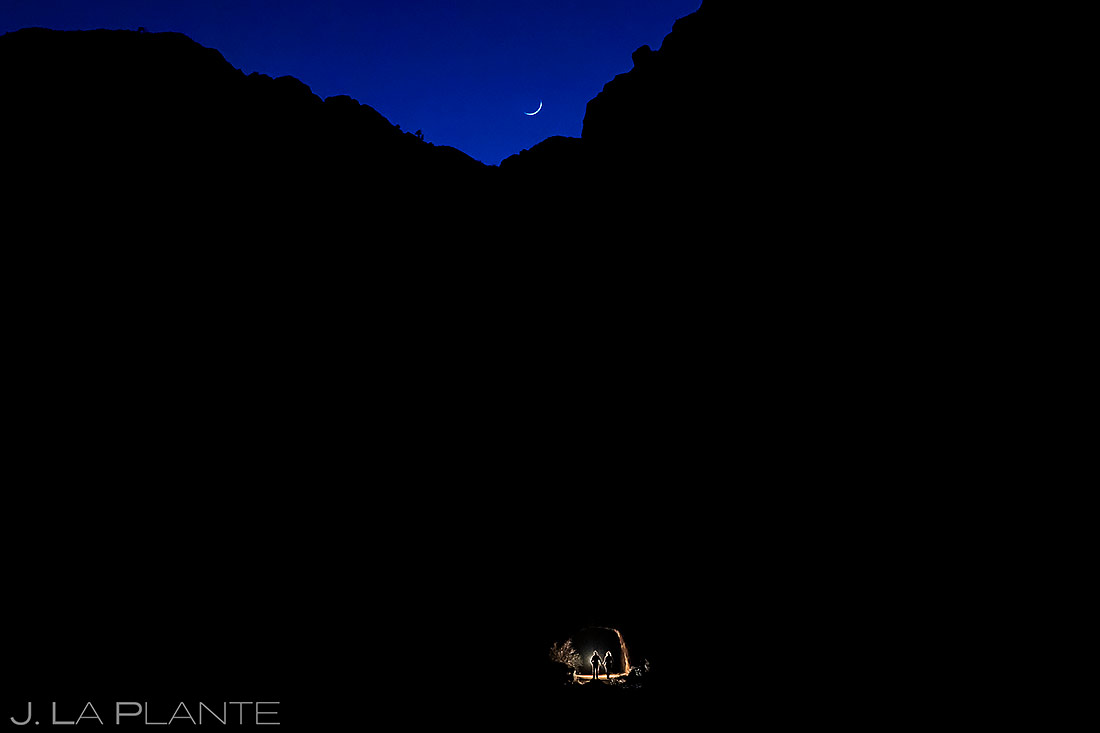 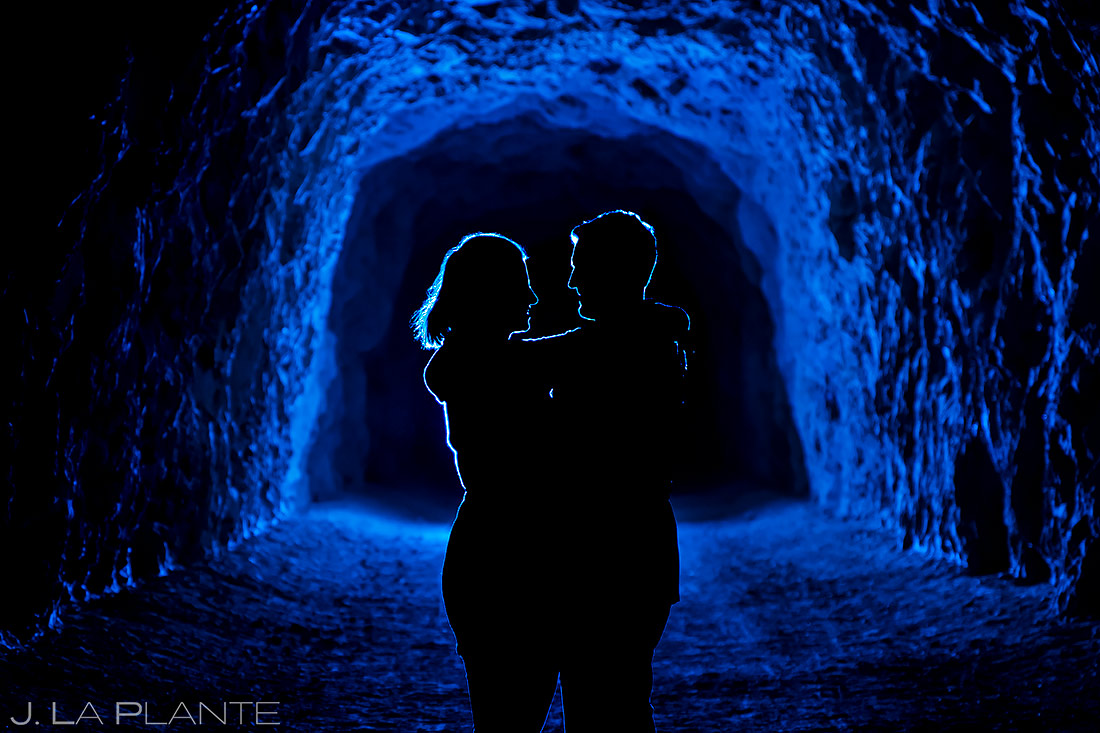 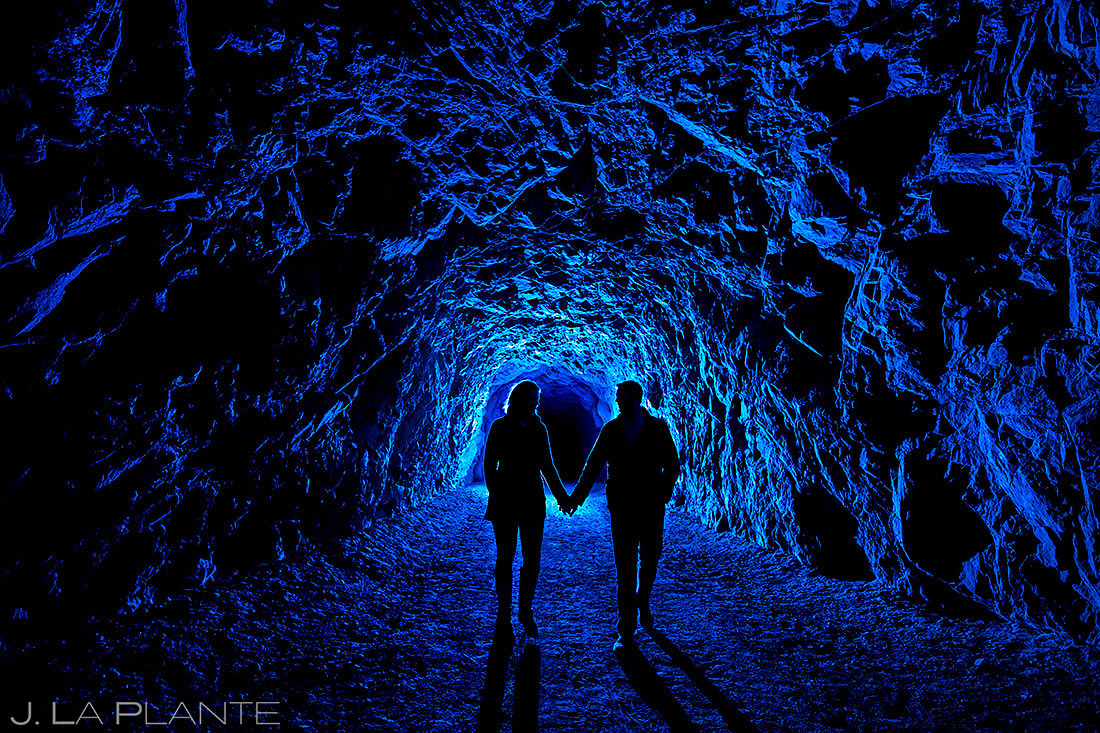 
Author
Moira La Plante Jesse and Moira La Plante are husband and wife wedding photographers who have been shooting weddings for kick-ass couples since 2008. Located in Boulder, Colorado, the duo works primarily in the Rocky Mountains, but travels all over the country and abroad to shoot weddings.

How Much do Wedding Photographers Cost?