Morrison is a small, picturesque town in the foothills just west of Denver and south of Golden. The most unique Morrison wedding venues are situated in and around the plethora of ancient red rock formations that are ubiquitous in this area.

Speaking of red rocks, Morrison is, beyond the shadow of a doubt, most well-known for being the home of the world-famous Red Rocks Park and Amphitheater. The amphitheater itself is a site to behold for tourists and locals alike. Completed in 1947, the amphitheatre has been at the center of the Colorado music scene for the better part of a century. We’ve seen so many great shows at Red Rocks over the years, Morrison will always hold a special place in our hearts.

The park also has a cool little museum and a variety of great hiking trails in the surrounding environs. As mentioned above, several of the wedding venues in Morrison have really cool red rock formations on the property as well, so even if you don’t get married at Red Rocks itself, you’ll still have tons of awesome wedding portrait opportunities.

Another benefit of having your wedding in Morrison is that it’s a super short drive from Denver and the airport, so your wedding guests won’t have too far to travel. This is a huge bonus if you have guests coming from sea level, or elderly guests who might not be capable of travelling far into the mountains to higher elevations.

Note: While there is a diverse array of unique wedding venues in Morrison, we’ve included our personal favorite below. As we shoot more Morrison weddings in the future, we will absolutely come back here to update this list!

The most unique Morrison wedding venues are perfect for:
Mountain weddings
Intimate weddings 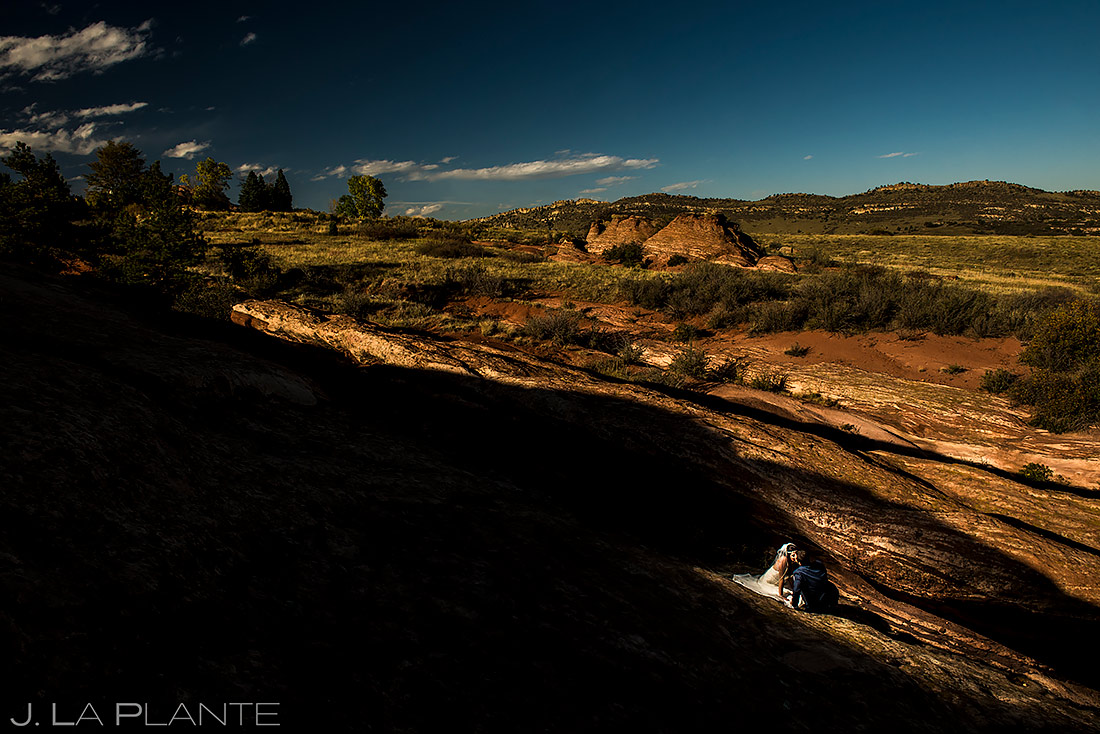